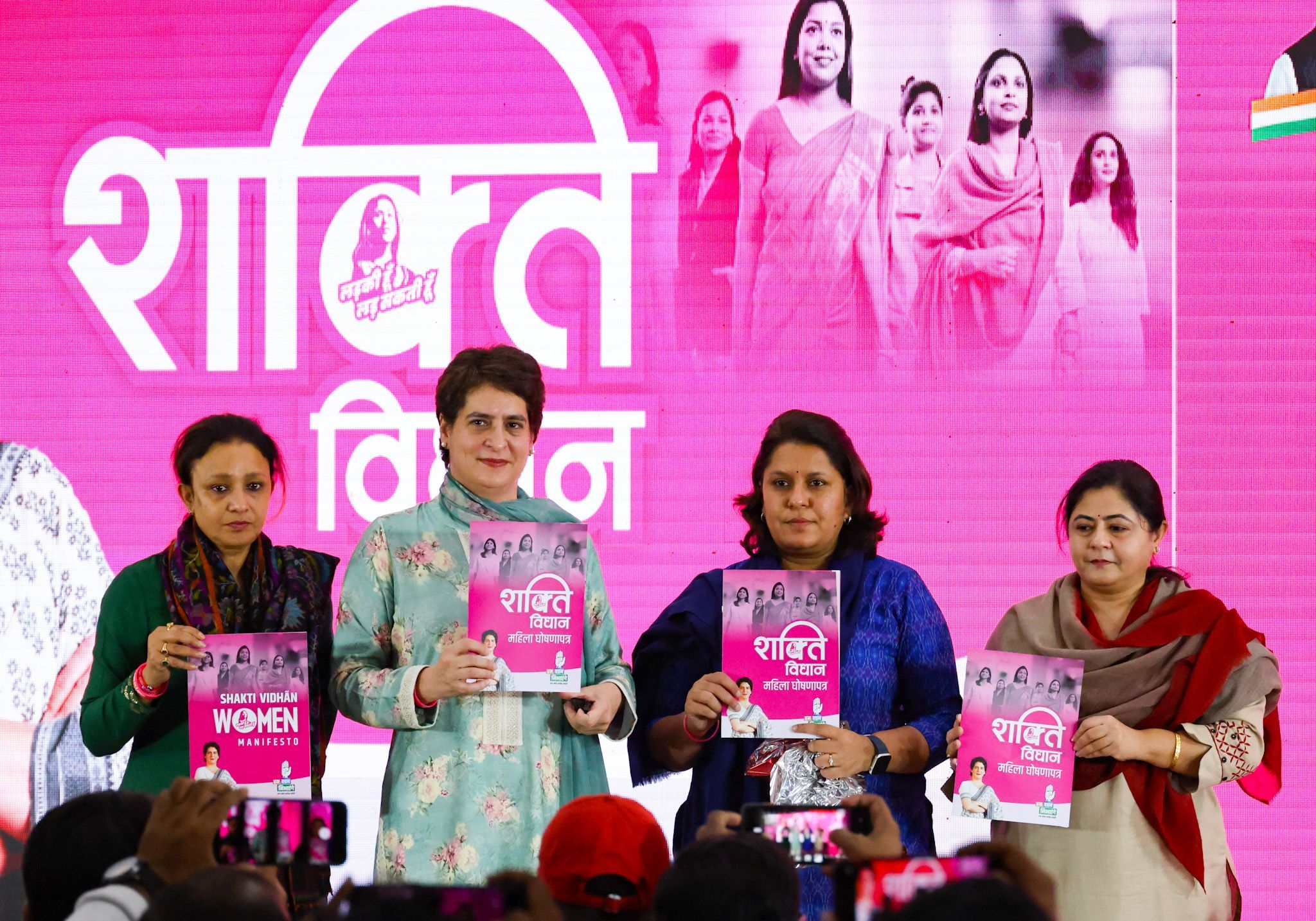 Since Independence, the democracy taking the center stage, power of the people lying with themselves witnessed many races of power struggle in the country. Those races have evolved on various lines of economic disparity, caste, religion. However, celebrating the 75th year of Independence, men have been out-run by women on the number count for the first time around since the 1876- first national census. Every 1000 men have 1020 women against them. While the winds of change are hitting the ground, there comes surprisingly the entry of women politics into main fray like never before by Smt. Priyanka Gandhi, the AICC Secretary of the poll-bound Uttar Pradesh by the launch of Shakti Vidhan - a women’s manifesto.

Politically today, women just represent mere 14% of Lok Sabha and 11.6% in the Upper house whereas female representation in the assemblies is lower than 15%. Now after the access of education to the women, who now aspire to thrive on economic, political and social parity are on high run to get equal representation in the parliament or so to say fight for it.

‘Swabhiman, Swawlamban, Shiksha, Samman, Suraksha, Sehat’- is a six-way roadmap to complete upliftment of women in the state of Uttar Pradesh which accounts for 14% of crime against women in the country in NCRB 2020 data. Such has the case been for any marginalized section of the society who isn’t strong enough to defend or face an extra level of harassment in the society unless they fight back. The campaign buzz revolves around the slogan, ‘Ladki hu, Ladd Sakti hu’ (‘I am a woman and I can fight’). It is unique to see the approach to raise women empowerment unlike any other competitors in the state, going beyond the usual - religion, caste, class poll sops. INC, under the leadership of Priyanka Gandhi, is wooing out a significant chunk of voters never done in the state before - a big fight against patriarchy.

In the run-up to poll sops, unlike before, a complete set of new promises emerge. Unprecedented promises like, give 40% of the tickets to women, 40% of reservation for women in male centric professions, creches shall be set up in government offices, anganwadi workers to get a compensation of 10000 pm, 50% of ration shops to be allotted to women. In addition to the vision laid by her late father and former PM Shri Rajiv Gandhi by giving 1/3rd seats in panchayat to women in the country, Smt. Priyanka Gandhi has rolled out a fair plan to carry forward the women-centric Congress legacy. From Sucheta Kriplani to Sarojini Naidu to Indira Gandhi - It will be evident to see the positive impact on the politics around women that will reshape the whole political diaspora in the years to come.

Rishabh Jain is a political research scholar based out of Varanasi.