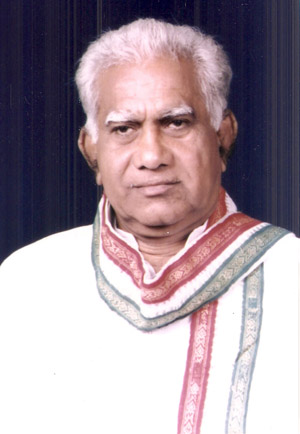 New Delhi: Congress President Smt. Sonia Gandhi has condoled the sad demise of veteran Congress leader and MP Shri P Govardhan Reddy. Remembering Shri Reddy as a respected leader, Smt Gandhi said that Shri Reddy committed his life to the people & Congress Party at a young age and leaves behind an admirable legacy. His death is an irreparable loss to the Nation and the party, she added. Expressing solidarity with his family and supporters, Smt. Gandhi prayed for peace of the departed soul.

Reddy suffered a severe heart attack at the Bhuntar airport.

He complained of chest pain and was admitted to a hospital, where he passed away. He is a five-time MLA from Munugodu constituency Mahabubnagar district. Reddy was representing Telangana in Rajya Sabha since 2014 and served as a state minister twice during the 1980s.

Born on November 20, 1936 at Nadimpally village of Acchampet mandal in Mahabubnagar district, Palvai is survived by wife, two sons and a daughter.

During 2007-09, he was a member of the Andhra Pradesh Legislative Council. He served as the Minister of State for Rural Water Supply, Youth Services and LIDCAP in the cabinet of Bhavanam Venkat Ram Reddy in 1981.