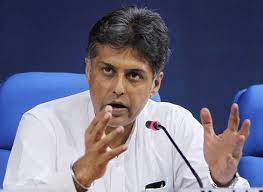 “Jawaharlal Nehru did not try to cover up the Chinese betrayal. Unlike Prime Minister Modi, Nehru accepted a young AB Vajpayee’s demand and called a Parliament session on November 8, 1962”

A difference of 58 years separates the 1962 Sino-India border war and the developments playing out between India and China in the Himalayas currently. However, the parallels are spooky.

First is the specter of betrayal. India became independent in 1947 and the Chinese Communist state was established in 1949. The two Asian sub-continents, emerging from a devastating World War and rapacious imperialism, chart their destiny in a world when colonialism was in full retreat across Asia, Africa, Latin and South America. The respective helmsman of India and China—Nehru and Mao Tse Tung—were both fierce patriots and men of global stature.

The decade of fifties saw a great bonhomie between India and China—the Panchsheel Agreement was signed on April 29,1954. While the historical record on whether India gave up its UN Security Council seat for China is fuzzy, Nehru’s biographer SarvepalliGopal in 1979 wrote: “He (Jawaharlal Nehru) rejected the Soviet offer to propose India as the sixth permanent member of the Security Council and insisted that priority be given to China’s admission to the United Nations.” Whether the offer of the US followed by the USSR was serious or a dud to create a divide between India and China, the jury is still out. The fact, however, remains that India was not ready to break with China even if a seat on the UN Security Council was the bait.

There was that niggling issue about unsettled boundaries between the inheritors of British India and Imperial China on which negotiations were underway between Chou En-lai and Nehru personally right up till 1961.  However, this bonhomie did not stop the Chinese from invading India in October 1962. It would be trite to say that Nehru miscalculated on the Forward Policy, and the directive of November 2, 1961 became the trigger for events that subsequently followed.

Mirror this to what happened between Xi Jinping and NarendraModi. After becoming the Prime Minister, Modi met Xi no less than 18 times in six years including two record summits in Wuhan and Mamallapuram. Modi also visited China four times as Gujarat Chief Minister and perhaps a couple of times as a BJP functionary before that. But what did the PM get in return is Doklam in 2017 and the theatre-level incursions now in quick succession. Bhutan’s security is guaranteed by India and Doklam was the payback for the boycott of the Belt and Road Initiative (BRI) conference by Bhutan and India in May 2017.

While Nehru, in the years of innocence of the Indian republic, should be excused of being waylaid by the Chinese guile, nations are supposed to have an institutional memory. Why was Modi led up the garden path 58 years later? Who bears the responsibility for repeated foreign policy and strategic fiascos?

Second is the ghost of intelligence failure. During1955-57, Indian sleuths completely missed the construction of the Trans- Karakorum Highway. It was only on August 31,1959, that Nehru informed the RajyaSabha, “According to an announcement made in China, the Yehcheng-Gartok Road, which is also called the Sinkiang-Tibet Highway, was completed in September 1957… Two reconnaissance parties were accordingly sent last year. One of these parties was taken into custody by a superior Chinese detachment. The other returned and gave us some rough indication of this newly constructed road in the Aksai Chin area.” Similarly, the Forward Policy was a product of bad advice by B.N. Malik, then director, Intelligence Bureau, supported by Lt. General B.M. Kaul, then Chief of the General staff, contrary to the counsel given by military intelligence.

Compare this with 2020. Eminent strategic commentator SaikatDatta, in a piece in the Deccan Chronicle on June 18, said, “In October last year a senior Indian security official on a visit to Ladakh met the General Officer Commanding (GOC) of the Indian Army’s 14 Corps. The Corps was raised in the aftermath of the Kargil war between India and Pakistan in 1999 and has its headquarters in Leh….The Indian security official gave a detailed briefing to the Lieutenant General Harinder Singh, a former Director General of Military Intelligence, who took over as the GOC of 14 Corps late last year. The Indian security official explained that the change of the status of Jammu & Kashmir had irked the Chinese. In the coming months they would up the ante and try to capture more land and shift the LAC deeper into Indian-held territory…”

While in 1957-59, the instruments of intelligence collection were rudimentary and limited to human intelligence as Nehru pointed out in his intervention to the RajyaSabha, six decades later with all the sophisticated technical assets at our disposal, how did we miss the Chinese military build-up in the western Himalayas? Who bears responsibility for this massive failure?

The third is the apparition of military failure. On May 23, 2001, Neville Maxwell, author of India’s China War, placed the tactical responsibility for the debacle. In an article on rediff.com, Maxwell wrote: “HB/B (Henderson Brooks report that went into the causes of the 1962 defeat) place the immediate cause of the collapse of resistance in NEFA in the panicky, fumbling and contradictory orders issued from Corps HQ in Tezpur by a ‘triumvirate’ of officers they judge to be grossly culpable: General Sen, General Kaul, and Brigadier Palit.” At the higher defence management level, COAS General PN Thapar and Krishna Menon had to resign taking responsibility for the debacle. Even Nehru came in for withering criticism for his idealistic foreign policy predilections.

Compare this with the situation today. At least 143 veterans of the armed forces in a signed letter to the Prime Minister wrote: “The incident at Galwan could only have happened because of failure at one or more levels in the political, civil and military establishments, especially in continuous intelligence acquisition and dissemination.” They have demanded that a fact-finding commission be constituted and its report be tabled in the Parliament. The question, therefore, is can Chief of Defence Staff BipinRawat—the single point military advisor to the government, 14th Core Commander General Harinder Singh, or for that matter even the defence minister and the Prime Minister escape from responsibility for the theatre-level incursions? The coming months will answer that question.

Fourth is the solace of redemption. In both 1962 and 2020 our deliverance lied in the grit and bravery of the Indian Army. On November 18, 1962, the 13 Kumaon under the command of Major Shaitan Singh Bhatti made their last stand to the last bullet at Rezang La. Similarly, on June 15, 2020, the 16Bihar Regiment led by Colonel SantoshBabu, though ambushed heavily, bravely fought the Chinese aggressors with their bare hands killing an unspecified number of PLA soldiers and losing 20 of their compatriots in turn. The unmatched valour of the Indian Army in 1962 is on display again as Indian and Chinese troops stare each other in the eye.

Even the headlines are the same. On July 6, India’s former foreign secretary shared on Twitter a newspaper clipping of July 15, 1962 that stated: “Chinese troops withdraw from Galwan post”. (Three months and fourteen days later, the Chinese invaded India on 20th October 1962) On July 6 this year, a piece by another erudite strategic commentator Pranab Dal Samantha appeared in The Economic Times titled “First signs of Chinese withdrawal in Galwan; India and China to issue statements.” History is a cruel teacher.

This is where the similarities end. In 1962, Nehru did not try to cover up the Chinese betrayal. On October 26, 1962, Nehru accepted a young Vajpayee’s demand and called a Parliament session on November 8. He brusquely brushed aside LM Singhvi’s suggestion that the house meets in a secret session. He said: “The issues before the House are of high interest to the whole country. Right at the beginning to ask for a secret session would have a bad effect on the country”. Unfortunately, Prime Minister Modi did the exact opposite when at an all-party meeting on June 19, 2020 he declared “not an inch of land has been occupied by anyone,’’ thereby squarely playing into the Chinese narrative of events.

The Author is an MP and former Union Minister.