Miscarriage of Constitutional propriety and trampling of Rule of Law 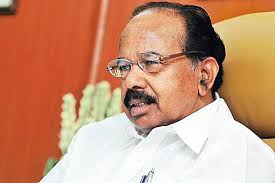 Miscarriage of Constitutional propriety and trampling of Rule of Law

The BJP, having come to power for the second consequent term, has shed all inhibitions in embracing rebels from other parties. The 1985 anti-defection law has been made largely toothless. Legislators have no qualms in shifting loyalty to the party that best serves their political interests. ‘Aaya Ram, Gaya Ram’ reverberates right back from 1967. Gaya Lala defected thrice in a fortnight, first from the Congress to the Janata Party, then back to the Congress and then back again to Janata Party.

It was in 2016, the third year of the Modi government, when BJP unleashed widespread defections in the country. The Constitution of India facilitated the passing of Anti-defection Act as a result of the highest ethical ground practised by Rajiv Gandhi, the then Prime Minister of India. The purpose of the amendment to the Constitution and consequent law is to cleanse the political immorality and to put an end to the cancerous growth of defections.

The Rule of Law, laid down by the said enactment, has been flouted by the present BJP government and has facilitated free play of cancerous growth of defection. If the political executive fails to deliver on Rule of Law, it is incumbent on the judiciary to be vigilant in enforcing the Rule of Law. The present happenings of mass-scale defection in the nation are a serious dent on the Constitutional propriety and it has become another pandemic sweeping the moral and Constitutional fabric of the nation. Enforcement of Rule of Law by all concerned including the judiciary can be the only vaccine which could prevent future havoc.

Eight Congress MLAs from Uttarakhand, along with former Chief Minister Vijay Kumar Bahuguna, joined BJP. They went on to become ministers in the BJP government. BJP calls it politics of ‘Chanakyaniti’.

In the Northeast, saffron seized the opportunity when the disillusioned Congress strongman in Assam, HimantaBiswaSarma, became rebel-in-chief. Ever since, Sarma, along with BJP General Secretary Ram Madhav, has been establishing the BJP footprint in the Northeast by using significant contacts, money power to lure legislators from Congress and other regional parties into joining BJP.

The current BJP governments both in Manipur and Meghalaya states, largely comprise those who were from the Congress and other parties, which include Arunachal Chief Minister PemaKhandu and his Manipur counterpart Biren Singh.

Defections gathered steam at the start of 2019 in anticipation of the general election in May. Winning a resounding mandate in the LokSabha, BJP felt confident that they got a blanket-licence to rampage the democratic fabric in the nation to establish one-party dictatorship.

The BJP’s unprecedented intakes of funds from anonymous large donors in their booty are being misused to buy legislators in states where they are not in power. According to an election think-tank, 73.5% of the funds raised in 2017-18 from private donors went to coffers of BJP. More than 50% of All Party Funds were donations from ‘Unknown Sources’. All credit to ArunJaitley who introduced the new system of electoral bonds in 2017, which allows donors, including foreign entities, to remain anonymous, regardless of the scale of their donation. These donations are also tax-free. The ill-gotten money from corruption obtained in the guise of donations to the party by means like Electoral Bonds flattened the purse of BJP to pump resources to launch mass-scale defections, heralding a cancerous legacy of ‘Aya Ram Gaya Ram’.

The entire nation has become the grazing-ground to grab Congress and other regional governments. Meghalaya, Manipur, Goa, Arunachal Pradesh, Karnataka and Madhya Pradesh are the six states where BJP, since coming to power in 2014, managed to convert its minority status to majority through various tactics, including forging alliances with small local parties and engineering defections of MLAs from rival parties.  It will not be surprising, if BJP becomes successful in defecting and luring MLAs from other parties in Tamil Nadu and Kerala next.

The BJP also engineered defections to manufacture majority in the RajyaSabha and even managed to push through crucial legislation such as triple talaq and Article 370 in the upper house, where the party lacked the numbers. These developments reflect strategy that undermined the Constitution. NDA’s agenda was clearly based on threats, coercion, money power, muscle power and enticements. The enforcement agencies are freely abused on their defection games. The offices of the Governors have been totally abused to make illegal political gains.

BJP came to power in 2014 on the wave of ‘Hindutva’ coupled with the negative wave of campaign of corruption orchestrated by Anna Hazare! Anna Hazare has gone into oblivion!

After demolition of Babri Masjid, BJP could polarise the electorate in the guise of Ram Mandir. They again would like to create a hype to polarise the voters for 2024 LokSabha election on the same issue!

In this context, it is quite relevant to recollect the statement of Greek Philosopher Aristotle:

“A tyrant must put on the appearance of uncommon devotion to religion. Subjects are less apprehensive of illegal treatment from a ruler whom they consider god-fearing and pious. On the other hand, they do less easily move against him, believing that he has the gods on his side.”

Are the illegalities, sufferings of the people, being put under the carpet on the hype of piousness?

Congress needs to create awareness of the sabotage of democratic principles, of the slow poison being administered into the concept of secularism in the guise of religion!

The 2019 LokSabha election was aborted by BJP by misusing the defence forces and also by unleashing mass publicity to misguide the electorates. All ethical norms have been bulldozed to gain victory. The future will unravel how the government in power can abuse its resources to return to power.

The history of BJP in Karnataka is bizarre and resonates again the abuse of power by BJP through the office of the Governor. The Governor invited B.S. Yeddiyurappa to form the government overnight without even making a minimum assessment of the situation. Consequently, he had to tender his resignation within 3 days.Having become desperate to capture power, seventeen of the MLAs belonging to Congress and JD(S) were taken captive by BJP leaders and taken to Mumbai by chartered flights and lodged by the BJP-led government of Maharashtra in a hotel. They were imprisoned in the hotel without even access to their family members.  Money and coercion had a free play in the defection game. Enforcement agencies also jumped to the field to coerce the MLAs. The Speaker of the Karnataka Assembly disqualified the MLAs, but again the judiciary failed to enforce the authority of Rule of Law and also allowed flouting of the Constitutional process on defections unabated!

The Congress entered into a coalition with the JD(S) to stake claim to form the government. JD(S)’s H.D. Kumaraswamy became the CM. But 14 months later, the government collapsed after 17 Congress and JD(S) MLAs defected to BJP. Huge amount of money was pumped into the re-election of defeated MLAS by BJP. It is a total display of mockery of democracy!

In Meghalaya, the BJP again outwitted the Congress despite winning just two seats in the 60-member House in the 2018 elections. The Congress got 21 seats while the National People’s Party (NPP), a BJP ally at the Centre as well as in Manipur, won 19 seats. The BJP moved swiftly bringing party leader KirenRijiju and Assam minister HimantaBiswaSarma, to negotiate with regional leaders and secure their support for government formation.

Although Congress sent its team of top leaders, including Ahmed Patel and Kamal Nath, to Shillong, the BJP had sealed the deal by then. The NPP-led regional alliance managed to get the support of 34 MLAs and staked claim to form the government. NPP President and then LokSabha MP Conrad Sangma became the Chief Minister. Alexander Hek, one of the two BJP MLAs, was made a minister in the Meghalaya cabinet.

The Congress emerged as the single largest party in the 2017 assembly elections, with 17 seats in the 40-member assembly. It just needed four more MLAs to form the government. The BJP finished second with 13 seats. The BJP grabbed the opportunity, led by Union Road Transport Minister NitinGadkari and ManoharParrikar, negotiated with two regional allies, the MaharashtrawadiGomantak Party (MGP) and Goa Forward Party (GFP). GFP, a party formed by Congress rebels, agreed to join hands with the BJP. BJP succeeded in sealing the deal and Parrikar was made the Chief Minister.

Like Goa, even in the 2017 Manipur assembly election, the BJP outwitted the Congress to form its first government in the state despite not having the required numbers. The BJP had won 21 seats in the 60-member assembly and the Congress 28 seats. HimantaBiswaSarma again played a spoilt sport and secured the support of regional parties. Besides Sarma, two senior Union ministers — PiyushGoyal and PrakashJavadekar camped in the state, holding parleys. The party announced former Congress leader N. Biren Singh, who had switched to BJP, as the CM-designate. The BJP along with ally NPP’s four MLAs, five MLAs from regional parties and one Congress MLA, who defected to the BJP to form the government.  Biren Singh became the first BJP CM of the state.

In the 2014 assembly election, Congress formed the government after winning 44 seats in the 60-member assembly. PemaKhandu, son of two-term CM DorjeeKhandu, left the party with a group of rebel MLAs to form the People’s Party of Arunachal Pradesh (PPA), and joined the BJP-led North-East Democratic Alliance. Khandu, however, returned to the Congress with the rebel MLAs, and took over as the CM in July 2016, replacing NabamTuki.  In September 2016, Khandu joined PPA again, taking with him 43 of the 44 MLAs. A month later, he formally joined the BJP, taking with him 33 of the 43 MLAs. The PPA expelled him, but before the party could replace him as the CM, Khandu staked claim and formed government with the support of 33 MLAs.

In West Bengal, the defection of Mamata’s aide Mukul Roy in November 2017 marked the beginning of the process that led to the BJP’s impressive tally in West Bengal in the May general election. The journey of BJP is continued and their present target is aimed at Rajasthan and Punjab in the near future.

BJP, having come to power in 2014, covertly grabbed the power in the states of Meghalaya, Manipur, Goa & Arunachal, Karnataka and Madhya Pradesh through gross violation of Constitution of India and also the Anti-defection Act. They outraged the letter and spirit of the Constitution and Act and made mockery of Rule of Law in the country.

The greed and thirst for power by BJP has run amok by manipulating numbers in RajyaSabha, legislative councils and also manipulating majority in local bodies. The act of dismantling the elected governments or members, or various local bodies has become the common game of politics for BJP.

All this ADHARMA has been done under the surveillance of MOST PIOUS Prime Minister NarendraModi!

The time has come for the Congress to rebuild the party on stronger moral grounds and also ensure that strong warriors are sent to the states as in-charge of the states to keep the party, leadership and cadres vigilant to confront the onslaught of the ruthless manoeuvres of BJP.

The Author is Former Union Minister