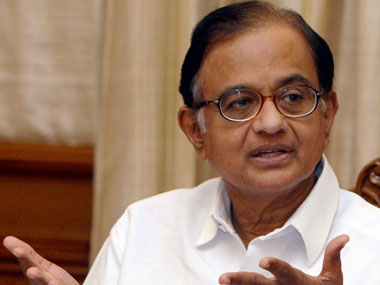 PM Modi was therefore absolutely right when he stated that his government’s goal was to give the highest priority to ‘Make in India’ and called upon the world’s manufacturing companies to “Come and make in India”.

No large country can become rich without manufacturing the goods that are consumed or demanded by its people. Most services especially the basic, low technology and low value-added services will anyway be produced within the country. A country will move up the ladder of prosperity if it can manufacture the goods and produce the services required by its people and also export a considerable part of those goods and services.

Prime Minister Narendra Modi was therefore absolutely right when he stated that his government’s goal was to give the highest priority to ‘Make in India’ and called upon the world’s manufacturing companies to “Come and make in India”.

To make a product and capture a significant market share is not an easy task. There may already be one or more persons making the same product. It may be imported too. To make the product, the intending manufacturer must make it better or cheaper or reach it to the consumer sooner or be able to offer something which makes his product more attractive to the consumer. It is here we face the hurdle of ‘factor costs’. Land, labour, electricity, technology, transport, cost of capital, cost of borrowing, and many others are factor costs. Unless some or all factor costs are favourable, no one will embark upon manufacturing.

The major manufacturing economies of the world have reached their positions by making factor costs more advantageous if the product were made in their countries rather than made elsewhere. Making in a country must provide a ‘competitive advantage’ to the manufacturer. Take cars. They were first mass-manufactured in the United States. When Germany and Japan emerged as major economies, they offered competitive advantages and the industry shifted to Germany and Japan. A few decades later, car manufacturing moved to South Korea. A couple of decades later, a significant portion of car manufacturing shifted to India.

The shift to India was not fortuitous. It was because of a well thought out strategy that was translated into clear policies. That story which began in 1991-92 deserves to be told separately.

When Mr. Modi promised to make India into a global hub of manufacturing, I assumed that he had been advised and he had reflected on the many hurdles that had to be crossed. I refuse to believe that ‘Make in India’ was just another slogan to enthuse the large gathering on Independence Day, 2015.

Two years later, what is the status of ‘Make in India’?

The conclusion is that apart from the announcement of ‘Make in India’, there has been little policy or administrative support. All other data point to the same conclusion. In the five quarters between Q4 of 2015-16 and Q4 of 2016-17, Gross Fixed Capital Formation (GFCF) as a proportion of GDP had declined 30.8, 31.0, 29.4, 29.4 and 28.5. A drop of 2.3 per cent in 12 months is a disaster. Considering that GFCF was 34-35 per cent only a few years ago and the government has done nothing to step up private as well as pubic investment, it is a catastrophe.

Data on job creation point to the same conclusion. The eight leading job-creating industries created only 109,000 jobs during the period April-September 2016. That is a sign of stagnation.

Data on electricity demand point to the same conclusion. The average Plant Load Factor of thermal plants is about 60 per cent reflecting poor demand for electricity.

I had welcomed ‘Make in India’. It was innovative and aspirational. Unfortunately, it appears that there was little homework done before and practically no policy support after. ‘Make in India’ has turned into a hollow slogan.