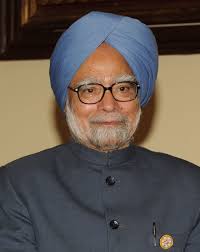 Speech by Dr. Manmohan Singh, Former Prime Minister on the Occasion of presentation of the Indira Gandhi Prize for Peace, Disarmament and Development for 2019 on 7th September, 2020

To begin with, I would like to pay tribute to the memory of our former President, Shri Pranab Mukherjee, who chaired the Jury for the Prize for three years, and who passed away last month. It was under his guidance that last November the Prize was awarded to Sir David. We are very sorry to miss him on this occasion.

I am honoured to have been able to symbolically present the Indira Gandhi Prize for Peace, Disarmament and Development to Sir David Attenborough. This award today is a unique conjugation because we know how much our late Prime Minister, Mrs. Indira Gandhi herself was concerned and involved with the protection of the environment and the natural world – as we have just heard from the Chairperson, Mrs. Sonia Gandhi. There can, therefore, be no more deserving recipient of the award at this time when the world is gripped by growing anxiety over the state of our environment and our planet.

If anyone who can be described as a living legend in the context of the natural world, it is Sir David. Over seven decades, he has been, if I can put it this way, the human voice of nature. He has delighted us, entertained us, informed us and united us with nature in all its glories. Animate or inanimate, there is nothing on earth that has escaped his attention and there is little that has not been better understood for the knowledge and experience he has brought to bear on it. Through the medium of films – so many of which have been prize winning creations – books, articles and talks, he has vividly brought to life for millions upon millions around the world, from children to ageing adults, the wonders, beauties and mysteries of the natural world.

In recent times Sir David has become one of the most vocal and effective advocates of environmental protection, raising his voice against the wanton destruction of the natural world in the name of progress and the seemingly insatiable needs of the human-race. He has warned of disaster if things aren’t turned around, and he has solutions to offer. I understand that in the coming months he is releasing a documentary, “A Life on Our Plant”, which he describes as his witness statement and offers us hope that, as he puts it, human beings can work with nature rather than against nature.

The veracity of Sir David’s concerns is evident to anyone who looks at the state of our planet today. How acute the situation is cannot be clearer than from the pandemic that has gripped the earth, coincidently almost exactly one century after the great influenza epidemic. To some, this is nature’s way of telling humankind to loosen its tightening grip on the resources of the earth, to be less exploitative, to respect the needs of the natural world, especially the animal kingdom, more and slow down the pace of environmental destruction.

But it doesn’t need an epidemic to tell us that we are not in good shape. Climate change, the assault on the oceans, the pollution of the atmosphere, the junk floating about in space, the reduction of forest cover, the extinction of life in rivers, the reduction of natural habitat for any life other than humans – all this is evident to anyone who has eyes to see.

To be sure there is an acute dilemma here. Millions of us live in abject poverty. Millions around the world do not have access to enough food, clean water and surroundings, a minimum acceptable standard of living. In the name of development, nature bears the brunt, with its long-term crippling effects on that very quality of life we are trying to improve. But like Sir David, I believe that it is possible for us to respect boundaries, to be aware always of the costs of economic development, and to refrain from excesses, from ignorant or wilful actions that ultimately rebound on us.

In India during the time that I was Prime Minister, we were conscious of our duty to accelerate economic development and raise the standard of living of our people, especially those in poverty. This is, after all, the first priority of any government. At the same time, we were very selective in allowing projects that impacted the wilderness or the habitat of wildlife. Indeed, we were criticized by industrialists and those who thought we were being too restrictive. But I believe that if a proper balance is not firmly held, the results are deleterious and self-defeating. We were also an active voice in international forums and discussions on issues concerning the environment and I like to think we made positive contributions to the protection of the planet.

I hope this award, one among the many that Sir David has received in recognition of his work, will help take the message of Sir David’s life and work further. It is a message that needs to be heeded across the world by leaders who make policies and by the people who elect them or influence them in other ways. I look forward greatly to hearing him deliver his acceptance speech. Thank you.