Mahatma Gandhi’s thoughts are the soul of the party: Smt. Sonia Gandhi 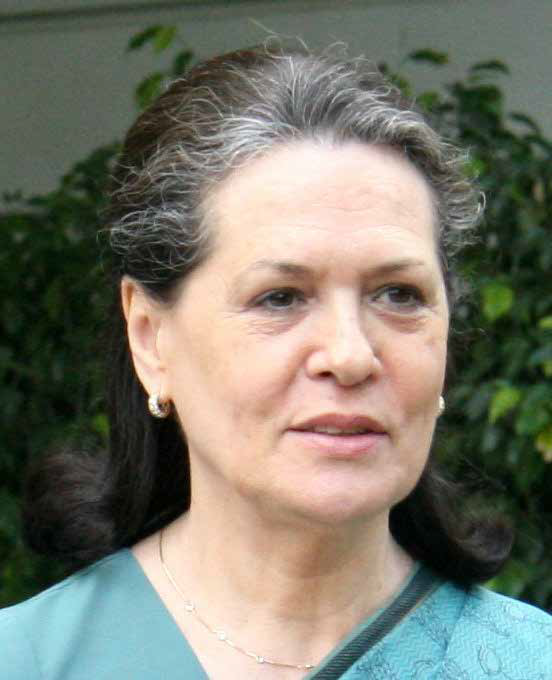 Mahatma Gandhi’s thoughts are the soul of the party: Smt. Sonia Gandhi

Today I salute this land of Champaran, from where Mohan Das Karamchand Gandhi Ji started a glorious Satyagraha. The helpless peasants, laborers, women and poor of this place were liberated from the fear and exploitation of the British rule, without resorting to any sort of violence. Impressed by this Satyagraha of Champaran, Gurudev Rabindranath Tagore gave him the title of Mahatma and Gandhi became a great human being, guiding not only India, but the world. Saddened by the poverty and worrisome condition of Bihar, he adopted the life of a ‘fakir’. He championed the cause of educating and empowering women, poor and Dalits. With this, on this auspicious occasion of the unveiling of Gandhiji’s statue, I also remember and salute the freedom fighters of all communities and classes who gave their full support and cooperation to Gandhiji in the Champaran movement.

Today I also want to name Lal Bahadur Shastri, because today we are celebrating his birthday too. His slogan ‘Jai Jawan, Jai Kisan’ gives us all the more inspiration in this difficult time than before.

For the Congress party, Mahatma Gandhi’s thoughts are the soul of the party. For him, progress meant the overall development of humans. For him, the development of the nation meant rendering the feeling of that development to the poorest person of the country, not just the development of a few people. For example, some people were getting richer and richer from the indigo cultivation in Champaran, but thousands of farmers were falling victim to poverty and hunger. This was gross injustice and sin for Gandhiji. For this reason, every action-plan of the Congress Party is made keeping in mind the people of the country and not for a few people. Whenever the Congress works for the upliftment of the poor, some powers stand up against them to meet their personal selfish ends.

You might remember, you know that when the Congress brought MGNREGA to remove unemployment in rural areas of the country, who opposed it the most, who mocked it? Had there not been a plan like MGNREGA, then today during this corona epidemic, millions of people would have fallen victim to starvation. You see and understand that today, such policies are going on in the country that only a handful of people, just like the selected few during indigo cultivation of Champaran at that time, are becoming rich today. A wave of development has swept over them, but on the other hand the employment of crores of youth is being taken away in the country. Millions of small and cottage industries are shutting down. You are being witness to the condition of farmers yourselves. You can see that the institutions providing most of the employment in the country during the Congress rule, are being privatized. Even those who got employment are getting laid off, let alone the matter of generating new employment.

Truth was God for Mahatma Gandhi Ji. The Congress Party has adopted truth in its working style at all times, as a result of which whenever the common people started to doubt the working style of the government officials and ministers, or whenever anyone was accused, then the UPA government acted immediately. Today, it is being turned upside down. Not only this, our UPA government enacted a historic law like Right to Information to make governments transparent, to fight corruption. Every citizen of India was given the right to legally obtain information about any officer, minister or action plan. But today, the Right to Information law fighting corruption has been made so weak that you keep asking questions, but you will never get an answer. Why won’t you get the answer - you can understand it all by yourself.

Not only this, any law of the UPA government, whether it is related to employment, health or education, to farmers, to food, to the protection or empowerment of women, to workers and poor, all those laws have been weakened by the current Modi government so much that the interests of ordinary citizens have been attacked, their rights have been taken away.

Mahatma Gandhi Ji was an adorer of non-violence, an adorer of humanity. For him, the person standing in the queue used to be the last person of the society, the deprived person, he used to see everyone in the same light. Today, some people take the name of Gandhi ji with great pomp and show, but they have crushed his principles and ideals by their actions. You see for yourself: violence, chaos, atrocities, misconduct all around. Deliberate attempts are being made for creating an atmosphere of discrimination in society, innocent people are being persecuted.

Brothers and sisters, enough is enough now, I just want to say that some people are running the government by trading emotions, confusion and fear. You should be most careful and make the right decision. For this, we all will have to fight unitedly, walking on the path of truth, non-violence and swaraj of Gandhiji. This will be the only genuine tribute to Mahatma Gandhi Ji. The Congress party will continue to struggle, walking on the path of truth and non-violence of Gandhiji and finally, will emerge successful with the support of all of you.

In the end, I extend my greetings to all of you by saluting this great land of Bihar, the birthplace of Lord Buddha, Lord Mahavir, Guru Govind Singh ji and the Karmabhoomi of the Father of the Nation Mahatma Gandhi. Thank you Jai Hind!