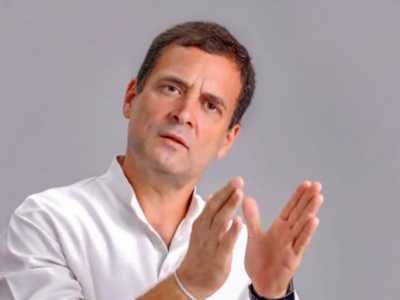 The BJP govt. has attacked the informal structure

There is an attempt to turn you into a slave

In 2008, the world was hit by an economic storm. It affected the entire world, US, Japan, China, everywhere. In the US banks fell, corporations fell & companies shut down, in Europe also banks fell, but India was unaffected.

India had a UPA govt. at that time.

I went to the Prime Minister and asked him, Manmohan Singh ji, what is the reason why the entire world suffered an economic crisis but India remained unaffected?

You know the big companies which constitute the formal sector. The informal sector comprises of farmers, labourers, MSMEs

Till the time India’s informal sector is strong, no economic storm can touch India.

Now let’s come to present day. The BJP govt. has been attacking the informal sector over the past 6 years.

Don’t think the lockdown was unplanned. Don’t think it was done at the last minute. The aim of these three decisions was to destroy our informal sector.

The informal sector has a lot of money which the govt. can’t touch. They want to break this sector and extort this money from them.

You are the ones who run this country, You take us forward and there is a conspiracy against you. You are being cheated and there is an attempt to turn you into slaves.

We have to understand this attack and the entire country has to unite to fight against this.