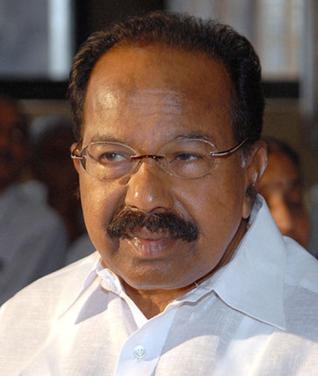 The Congress party lost the elections in 1996 and continued to dwindle and divide, when many senior leaders, showed their resentment against the then incumbent president of the party, Sitaram Kesari. The party underwent several splits during this period. It was at this time that Sonia ji, joined the mainstream politics in 1997 amidst constant requests from Congress party cadres. She took over the party when the party was undergoing turmoil.

When Sonia stepped out of her cloistered existence at 10 Janpath the challenges she faced, both personal and political, were humongous. The Congress’s fortunes were declining, its image was sullied and it was suffering from a crisis of confidence and credibility. Sonia Gandhi had set for herself: stem and reverse the party’s decline, revamp its image, restore its appeal and make it count again. Although she had no political experience, she threw herself into the 1998 election campaign. She made more than 140 stops throughout the country, delivering speeches to packed audiences. And, even though, she spoke in a very soft voice, she touched the hearts of the people of India.

Sonia ji began her quest to revive and take forward the Congress legacy in 1997 by attending the Congress plenary session in Kolkata and she also addressed a rally at Sriperumbudur where her husband and former Prime Minister Rajiv Gandhi was assassinated. The following year she became the Congress president, a post she continues to hold in the Indian National Congress Party, which is one of the oldest and most powerful parties in Indian politics, making her the longest serving chief of the party that has been helmed by several members of the Gandhi-Nehru family, including Motilal Nehru, Jawaharlal Nehru, Indira Gandhi and Rajiv Gandhi.

It was from Indira ji that Sonia ji learnt about India, about its culture, about its values and political ethos. On taking charge as President of the largest party in the country Sonia ji’s aim was to reactivate the organisation into a fighting unit. She did it with grit and determination and succeeding and keeping the party united under trying circumstances. The story is for the people of India to recollect.

“I cannot say how she (Indira Gandhi) would see Emergency today, but if she had not felt extremely uncomfortable, she would not have called for elections,”

Under her able guided leadership, the party could win 114 Lok Sabha seats in 1999. Sonia thus humbled her opponents and silenced her critics with deft political moves. She reworked the Congress’ image with a pro-poor, pro-people slant, gave it the catchy slogan of Congress ka haath aam aadmi ke saath, chucked the party’s ekla chalo (go it alone) policy, struck up alliances, increased the party’s seats in Lok Sabha and brought a Congress-led coalition to power in 2004 and 2009.  As champion of the poor and under privileged, she has been struggling for the upliftment of the poor with humanitarian approach bringing in progressive measures.

On Tuesday, May 17, 2004 during a meeting of the Congress Party, Gandhi made a declaration that stunned her party, the people of India, and the rest of the world. “I was always certain,” she said, “that if ever I found myself in the position that I am in today, I would follow my inner voice. Today, that voice tells me that I must humbly decline this post of Prime Minister.” Gandhi’s supporters pleaded with her to reconsider, but she remained firm in her decision to decline the position. A day after she made that heart touching announcement, Sonia ji nominated Dr. Manmohan Singh a renowned economist to take up the reigns as Prime Minister on May 19, 2004.

Manmohan Singh took charge as Prime Minister of India, the country was faced with disastrous financial straits, but during his tenure Singh became the mastermind behind the country’s economic reform movement. He opened up the country to outside investors for the first time, and ended regulations that had kept India tied to the past. It was with the huge support, guidance and backing up of Sonia ji that Dr. Manmohan Singh could become one of the most successful Prime Minister of India.

She gained so much popularity that members of opposing parties, especially the BJP, saw her as a very real threat. In an attempt to undermine her credibility, they attacked her verbally and in the press, focusing on a single issue: Gandhi had no right to be involved in politics because, having been born in Italy, she was a foreigner. It did not seem to matter than Gandhi had become an Indian citizen in 1984. Such attacks did little to harm her image or the party. She led from the front and defeated all forces who had tried to subdue her for her foreign birth and image.

Sonia learnt the tools of the trade, Indians recollect her decision in late 2002, to not to host, on account of the “suffering caused to the people in several droughtaffected states and in riot-hit Gujarat”, the traditional part iftar party held as a mark of communal amity and friendship with Muslims during the month-long Ramzan, must be deemed at least in part as the gesture of a pragmatic politics .She was conferred with the Guardian’s Women of the Year award in 2004.

Her saga of success despite BJP rule at the centre was a result of her honest and clear image. Heading a coalition government and keeping it united and intact was a great challenge. She had the task of balancing the governance and the coalition. She strived hard and was successful in uniting the secular forces together. She took charge when both the Indian polity and economy were in transition. The UPA headed by Sonia ji came into being aimed at providing a responsible, responsive and an inclusive government committed to ensure that the economy grows at a faster and in a sustained manner. She shunned hypocrisy and opportunitism and firmly believed in Congress ideology and Indian ethos.

Sonia ji consolidated her position by ensuring that the Manmohan Singh government came out with some radical programmes, which were her brain child. During her tenure as Chairperson of the UPA government and the National Advisory Committee, she was instrumental in enacting the Right to Information Act 2005.  The RTI Act is the most potent instrument in the hands of an ordinary citizen to make the government accountable. One of the most pet schemes of Sonia ji was the Mahatma Gandhi National Rural Employment Guarantee Act, - The MGNREGA, came to be world’s largest public employment programme providing 100 days of unskilled work to every rural family. Nationally, the share of SCs and STs in the work provided under MGNREGA has been high at 40–50% across each of the years of the Scheme’s implementation. Almost Rs. 74,000 crores have been provided to SC/ST households as wages under MGNREGA. Masive farm loan waiver scheme, Right to Education and the Food Security Act are some of the other game changing efforts to name some.

Her fight against corruption and nepotism was unprecedented and unrelenting.  The impetus given by Sonia ji to the Lokpal and Lokyukta act 2013 and the Whistleblower’s Protection (WPB) act which enabled a citizen to expose the misdeeds of a government while enjoying legal protection from physical harm or judicial harassment was an absolute tool to fight corruption. This bill was passed by the parliament and received the assent of the President on 9 May, 2014. But, before it could be notified, the elections declared.