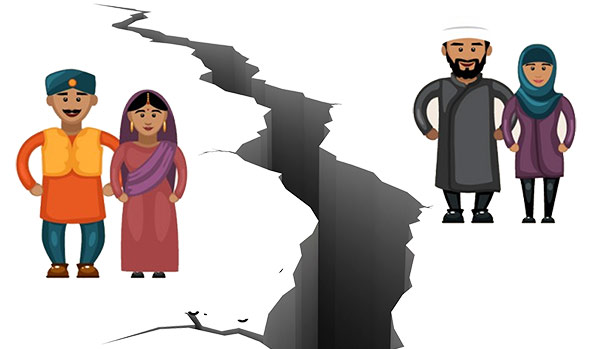 A Statement on Anti-people policies of the NDA government at Jan-Vedana Sammelan, Talkatora Stadium, New Delhi on 11th January, 2017

The BJP led NDA government has been in office for over 31 months. Upon the completion of its half term, the government has no significant achievements to its credit despite exaggerated claims of the Prime Minister.

This government had assumed office in an environment of hope and high expectations. Lofty promises were made by Prime Minister to the masses on economic transformation, resurgent growth, creation of jobs and bringing back the black money parked in foreign banks and assets internationally for redistribution among the people. The Indian National Congress notes with concern that the government has failed to deliver on its promises. The people of India  farmers, khet mazdoors, workers in the unorganized sector, selfemployed, manual labourers, Dalits, Minorities, Traders, Unemployed Youth and the Poor have been betrayed.

Sufferings due to the Failed demonetization Scheme

The sudden announcement of demonetization by invalidating 86% of the currency in circulation in the name of fighting black money and counterfeit currency has plunged the country in financial chaos and anarchy. It is abundantly clear that this decision was made without preparation and ensuring availability of new currency to replace the invalidated notes. The implementation has been disastrous with both the government and the RBI lacking clarity and stability in their decisions. 63 notifications of the RBI and 17 circulars of the Finance Ministry that effectively changed the banking guidelines, a full 135 times in 50 days have caused confusion and unpredictability and has resulted in insecurity among the people.

The Indian economy has been disrupted, derailed and is in a shutdown mode. Production has been brought to an abrupt halt. Small, medium, microenterprises, handloom, handicrafts and village industries are worst affected. Labour intensive sectors have been hit hard due to non-availability of currency. The construction sector has collapsed. Millions of workers are in farming and construction, factory workers, weavers and artisans have lost jobs and employment. The informal sector accounting for nearly 93% of the labour force has been strangulated and large numbers have been deprived of livelihood and dignified self employment. The loss of daily wages and incomes has brought widespread misery and made people despondent.

The blame of pushing the Indian economy into the abyss lies squarely with the Prime Minister and the BJP government. The Congress Party condemns the government for inflicting immense suffering and hardship on the people of India.

The Prime Minister remains unmoved and in denial even when tens of millions of people have been forced to stand in a queue before the Banks and ATMs for nearly 60 days. The promised amount of currency has not been made available. Denying people access to their own money in their bank accounts and imposition of restrictions on withdrawal are not only unethical and immoral but also illegal and a brazen violation of the fundamental rights of the citizens. The people have lost trust in the Banks regarding the security of their own deposits. The reputation of the banks and the Reserve Bank of India have been severely dented.

The Congress Party charges the Prime Minister for making false and misleading statements to confuse the people by regularly changing the narrative and goalposts to escape responsibility for this actions.

The Prime Minister needs to be reminded that the Indian economy is primarily based on cash transactions where wages, incomes and earnings are paid in cash. The large majority of the people, labour, workers, farmers, artisans, plumbers, reriwalas and small retailers are paid wages in cash or earn incomes in cash. The currency in circulation and transactions in cash were not and cannot be labeled as black money. India’s image has been tarnished by projecting that the Indian Economy was primarily based on Black Money.

It is ironic that in the name of fighting black money, 500 and 1000 rupee notes have been withdrawn and 2000 rupee notes introduced. It is common knowledge that the unaccounted black money is in real estate, bullion, stock markets, foreign currency and assets abroad. The Government has not targeted the black money and wealth created from it but has actually targeted the poor. None of the objectives of the demonetization has been achieved.

The Prime Minister must reveal what percentage of the demonetized currency was black money as practically all of the demonetized currency has been deposited with the Banks. This exposes the hollowness of the Government’s claims. The Prime Minister is masquerading as a crusader against black money and corruption after having singularly failed in fulfilling his promises of retrieving the unaccounted wealth and money stashed abroad.

It is also a matter of concern that during the 50 day period of notebandi an unholy nexus of certain corrupt BJP leaders, black marketers and Bank officials were shown to be operating by various media channels, indulging in illegal conversions of stockpiles of currency for the corrupt investments, savings, capital formation, manufacturing, merchandise exports, credit growth and capacity utilization, have sharply declined. The ground realities contradict the hype and claims of high GDP growth. A sense of deep disappointment and despondency prevails among the people.

The Congress Party expresses its serious concern that the investment sentiment remains depressed, the investment rate is negative and the Gross Capital Formation has fallen in real terms. Let alone creation of new manufacturing capacities, there is non-utilization of over one third of the existing industrial capacity, industrial credit off-take has fallen to a 20 year low, and large scale layoffs of industrial workers has further aggravated the situation.

The claim of Prime Minister and his Ministers of India receiving the highest ever FDI is factually incorrect and wrong. Government itself has said that India received FDI of USD 40 Billion in 2015-2016. It is imperative to remind that the highest FDI India receives was USD 46.56 billion in 2011. It is equally a matter of concern that only 24 percent of the FDI received in the last two years has been in the manufacturing sector.

The Congress Party reminds the Prime Minister that his Government had come to power, promising two crore jobs annually but has created a situation of Jobless Growth. No new jobs are being created. Lakhs of jobs have been lost in labour intensive export sectors and in industrial manufacturing. Rising unemployment has resulted in anxiety and despair among the youth.

The Congress Party unequivocally condemns the recent terror attack on the installations of the Indian Army and Air Force including the Air Force base in Pathankot, Brigade Headquarters in Uri, Defence establishments in Nagrota, Pampore, Sujiyan and other places. These incidents of terror attacks are a painful reminder that the infrastructure of the terror syndicates operating from across the border remains largely intact and poses a serious threat to the peace and security in the region.

The Congress Party deplores the attempt of the Government and the BJP to whip up hysteria and create a division in the polity on the issue of counter terrorism on which the whole nation stood united. This is most unfortunate and counterproductive.

The daily ceasefire violations along the Line of Control and the international border and the consequent loss of lives of soldiers and civilians besides displacement of thousands of people living close to the LOC is a matter of grave concern. The Congress Party places on record its appreciation for the sacrifices of our brave soldiers in securing our frontiers and safeguarding India’s territorial integrity. We call upon the Government to take the initiative to find a credible and pragmatic solution for restoration of normalcy.

On the internal front, the recent unrest, violence in and loss of lives in Jammu and Kashmir is a matter of grave national concern. The state had benefitted for years from relative peace and normalcy resulting from focused attention from the then UPA Government that had ensued development of infrastructure, promotion of tourism and generation of employment. The NDA Government in pursuit of power and political opportunism has disrupted the ongoing constructive engagement with the people of the state in India’s endeavour to find a lasting and acceptable solution. Congress cautions the government to correct the flawed approach and work for rebuilding the trust and restoration of normalcy.

The BJP government has also been unconcerned and insensitive to the challenges confronting the Northeast states. It has followed a partisan predatory agenda to destabilize democratically elected Governments in sensitive and strategic border states at the cost of India’s National interests. It is sad that the Prime Minister, who lacks comprehension of the complex issues in some of the states including Nagaland and Manipur has made false and misleading claims on reaching the historic Naga accord creating confusion and distrust. The Congress Party warns the government to behave in a responsible manner and address the genuine issues of the north-eastern states in particular Manipur and Nagaland and not abuse its authority for cheap propaganda at the cost of National interest and integration.

The rising tide of naxalism and the alienation caused by it on the tribals is a matter of concern. It has inflicted untold misery on countless citizens in remote areas. The victims of this violence need social and economic empowerment through inclusive national development programmes. The Congress Party is of the considered view the violence is not an answer to socio-economic challenges and that only development can bring the youth into the national mainstream and isolate the forces of naxalism. The Congress Party calls upon the Government to eschew its partisan agenda and address the challenge of naxal violence in the national context responsibly and democratically.

The Congress Party condemns the Government for undermining the established institutions of governance, centralization of authority, arbitrary and partisan decisions, abuse of power, and misuse of Government agencies to target political opponents, critics and institutions.

The Congress Party warns the Government that its undemocratic methods and acts to curtail liberty, freedom of expression and violation of fundamental rights of the citizen as enshrined in the Constitution will be strongly resisted.

The undemocratic and predatory actions of the BJP to destabilize duly elected democratic Governments in many states including Arunachal Pradesh, Uttarakhand and misusing the offices of the Governors pose a serious threat to democracy. The Government remains brazen and unapologetic for its undemocratic and unconstitutional actions which have warranted judicial interventions and indictments from the High Courts and the Supreme Court.

Indian National Congress calls upon the Government to stop making false and boastful claims and embark upon a course correction, address the genuine problems of the people created by its flawed decisions and actions, fulfill the promise that were made to capture power, revive manufacturing and job creation, and deliver on its promise of “ACHHE dIn and SABKA SAATH SABKA VIKAS”.

Because of all the above outlined anti-people policies of the Modi government the common Indian is in anguish and that is why we have decided to name this meet as “JAN VEDANA SAMMELAN”; for it is essentially incumbent upon us, as the party representing multitudes of peoples of this great nation to bring their pains and sufferings to the fore of national political discourse. Indian National Congress is sensitive to the problems confronting the Indian people and is determined to act in solidarity with them to protect their fundamental rights, livelihood and freedom. The Congress Party reassures the people that it will champion their cause with renewed vigour and will continue its struggle to expose the communal and divisive agenda of BJP-RSS and reactionary policies of the Modi Government. The Congress Party will remain unwavering in its resolve to oppose the anti-people policies of the Government.