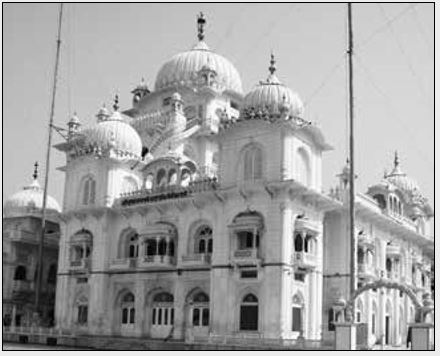 New Delhi: ‘Prakash Parv’ or ‘Prakash Utsav’ is one of the most widely celebrated occasions of the Sikh community. It is calculated according to the Nanakshahi Sikhism calendar and is variably celebrated every year. The year 2017 commemorates the 350th birth anniversary of the 10th Sikh Guru, Shri Guru Gobind Singh Ji, the creator of the gracious “

On this auspicious occasion, Congress President, Smt. Sonia Gandhi paid obeisance to 10th Sikh Guru, Sri Guru Gobind Singh ji as the Nation celebrates 350th Prakash Parv. Smt. Gandhi said that Sri Guru Gobind Singh ji was not only creator of the gracious “Khalsa” but was a renowned spiritual master, warrior, poet and philosopher. He sacrificed his entire life at the altar of safeguarding the rights of underprivileged and fought against injustice, tyranny and social differences, she added. It is a day to rededicate ourselves to the ideals of equality, brotherhood and compassion as epitomised by Guru Gobind Singhji, she said. His profound message of leading an honest, truthful and virtuous life continues to guide and inspire entire humanity, she said.

In another message Congress Vice-President, Shri Rahul Gandhi said "Guru Gobind Singhji’s life & his teachings embody the spirit of courage, sacrifice & service. On his 350th Prakash Parv my greetings to everyone."

He was a spiritual master, warrior, poet and philosopher. He created the gracious “Khalsa”, introduced the Five Ks, the five articles of faith that Khalsa Sikhs wear at all times, continued the formalisation of the religion and made the scripture the Guru Granth Sahib as Sikhism’s eternal Guru.