Interview of a dedicated Congressman 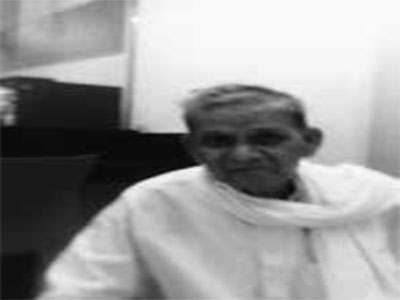 Interview of a dedicated Congressman

Q. How did you get influenced by the Gandhian and Congress principles?

A. My whole family since my grandfather’s time was dedicated towards the Congress. I learned the same principles during my upbringing. My father was very active in social work. He was repeatedly elected Thana Pradhan, and I helped him in his social work. He wanted our region to become well educated, and built two schools on his own lands, without taking any financial help from the government. The area was very backward in education, but because of his interest in education, I developed a strong interest in reading good books. I did graduation in honours course in first division and started learning law. Due to family responsibilities I had to also start business. At a young age I had read Shri Nehru’s “Discovery of India”. I realized that the Indian history, culture and soul are best understood by Congress leaders.

Q. When did you become an active Congress member?

Q. Who was your ideal person?

A. Smt. Indira Gandhi. One seldom sees capabilities like her. She was unparalleled in her deep farsightedness, visionary thought, thoughtfulness, and courageous action plans. Her loyalty to the motherland was absolute. I got arrested in Giridih with my friends, protesting against her arrest.

Q. What differences do you find in the Congress now,

A. The activists then were very truthful and true. They were fully dedicated towards the principles. The activists still believe in the principles, but feelings of mutual competition cause them to hinder and cut short their co-workers’ work. Earlier, the competition was in trying to do better work than their colleagues. This hindering each other frustrates and inactivates dedicated activists, as well as hurting internal unity. This short coming has caused the Congress to see such bad days in the recent past. Even today, no other party has the experience that the Congress has, nor its vision, nor its competence and capabilities. If we become united and fully active, no other party can stand taller.

Q. How to re-strengthen the Congress to the earlier level?

A. The Congress is re-emerging. In the villages people now are remembering the Congress work. This is the time when if every activist becomes fully and sincerely active, and remains united, Congress can become as strong as when UPA-1 came. People are gradually recognizing the false propaganda of the BJP. It is necessary that we strongly propagate facts about our achievements and lies and confusions spread by our opponents. Every type of media, meetings, functions and NGO’s should be used. Social media is very important because the youth is more influenced by this. The youth has not seen the recent history and believes even the lies sent out through the social media. It is also important to create awareness amongst the women. Women are more influenced by emotional issues, and the BJP uses it in their favour by reaching half truths to them in an emotional manner. There is less awareness amongst the women of eastern UP, Bihar, Jharkhand, etc. in the villages, due to lack of education. Wrongs done by non-Congress governments in particular regions need to be attacked loudly.

Q. What were your other interests?

A. Reading and Football. I used to organize yearly games.