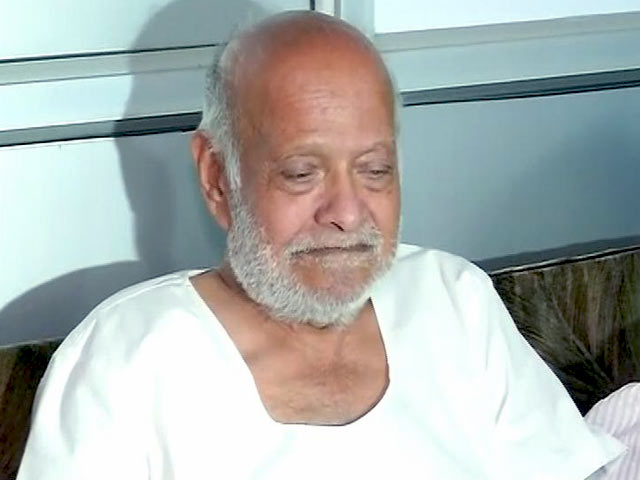 New Delhi: Congress President Smt Sonia Gandhi has condoled the sad demise of Kanubhai Gandhi. Remembering him as the last few links to the historical Dandi March, Smt Gandhi said, Kanubhai as a little boy earned the distinction -as the stick bearer of the Mahatma during the Salt Satyagraha. On behalf of the million of congress workers, leaders and those who participated in the freedom movement, Smt Gandhi paid rich homage to this great soul who dedicated his childhood and youth to the freedom struggle. In a another message Congress Vice President Shri Rahul Gandhi said “Sad to learn of the passing away of Kanubhai Gandhi, grandson of Gandhiji. My heartfelt condolences to his family” Kanubhai Gandhi, grandson of Mahatma Gandhi and former NASA scientist, died at a private hospital in Surat, Gujarat on 7th November, 2016, battling paralysis and heart attack. He was 86. Kanubhai was the son Ramdas Gandhi (Mahatma Gandhi’s third son). He, along with his wife Shivalaxmi (89), was staying at an accommodation at Sant Niwas, run by Radha Krishna Temple Trust, at Athwalines here for the last three months. He had come back to India in 2014 after living in the US for over four decades. He had no child.

He was admitted to the hospital on October 22 after he suffered a heart attack. He was put on life support as he had also suffered a paralysis attack. According to Hospital, Kanubhai stopped responding to treatment 7th November evening and soon declared dead.

A graduate of Massachusetts Institute of Technology (MIT), Kanubhai worked with the US Defense Department on the wing structure of fighter aircraft and joined NASA in 1991, from where he retired.