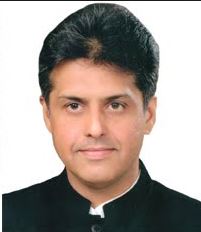 The law permitted withdrawal of a series of banknotes and not the scrapping of an entire denomination.

As the Supreme Court settles down to adjudicating the legal challenge to demonetisation, here are the reasons why the whole exercise is unlawful.

India has carried out demonetisation twice before   once in 1946 and then again in 1978. The first and the second demonetisation exercises were executed by ordinances and validated by Acts of Parliament. The first demonetisation was legalised by Section 26 (A) of the Reserve Bank of India Act 1934.

The second demonetisation was effected by Morarji Desai-led Janata Party government in 1978. Both former Prime Minister Atal Behari Vajpayee and the former deputy prime minister Lal Krishna Advani were Cabinet ministers in that government. It was done through the High Denomination Bank Notes (Demonetisation) Ordinance 1978, that came into effect from January 16, 1978.

The reason for this is not difficult to discern. Section 26 (2) of the RBI Act under which the current demonetisation has also been done reads as follows: “On recommendation of the central board the Central government may, by notification in the Gazette of India, declare that, with effect from such date as may be specified in the notification, any series of banknotes of any denomination shall cease to be legal tender save at such office or agency of the bank and to such extent as may be specified in the notification.”

The first datum that is opaque is when and on what date did the central board of the Reserve Bank of India make the said recommendation?

Who in the government hierarchy considered it? Since the objective of this exercise was to contain terrorist financing, root out counterfeit currency and unearth alleged black money, was there any inter-ministerial consultation before the decision was taken? A plain reading of Section 26 (2) makes it evident that it empowers the government to demonetise any series of banknotes of a particular denomination and not the entire denomination per se.

As former finance minister P. Chidambaram explained in a recent television interview that on January 23, 2014, the Reserve Bank had decreed that it would withdraw after March 31, 2014, all currency notes issued before 2005, including those having higher denominations of Rs 500 and Rs 1,000.

The law permitted withdrawal of a series of banknotes and not the scrapping of an entire denomination. Incidentally, the BJP had opposed this withdrawal with one of its rather caustic spokespersons pontificating: “The idea is unexplainable as to why this has happened… the measure is strongly anti-poor. The latest gimmick of the finance ministry’s demonetisation of currency notes before 2005 is basically an attempt to obfuscate the issue of black money that is stashed outside the country… People who have small savings and no bank accounts and their life savings will be targeted.

The present scheme does nothing to remove black money from circulation.” Should the current demonetisation not be measured on the matrix that the BJP had itself framed in 2014?

The denomination of Rs 2,000 does not find enumeration in that section. There is nothing in the public domain that indicates as to where and when has the RBI specified Rs 2,000 as legal tender. It, therefore, can be concluded that without amending Section 24 (1) and incorporating Rs 2,000 denomination in the said section, the act of floating the said note in the market is also unlawful

Coming to the next illegality how is it that without declaring financial emergency under Article 360 of the Indian Constitution, arbitrary limits on withdrawal of money have been imposed. The November 8 notification under Section 26 (2) issued by the Central government does not give the government the authority to do so. It therefore begs the obvious question how can the government subject 124 crore people to the ignominy of standing in serpentine queues and becoming beggars for their own money without a valid notification to that effect under law? What India faces today is the spectre of an undeclared financial emergency.

Coming to the rights of citizens, the government has no authority to take away the property of the people without legislation. Currency is a property in the hands of the sovereign and the government cannot take it away by an executive order. Under Article 300 (A) of the Constitution, every person has a legal right to property.

Money that is legal tender is property in the hands of each and every person. He uses this property to buy goods and services or transact any other business, therefore under those circumstances without legislation the government cannot take away anybody’s property just as you cannot take away anybody’s land by executive action. That is why Parliament has enacted the Land Acquisition Act.

Apart from the insurmountable inconvenience to the people, there is a fundamental question mark with regard to the legality of the entire exercise.

The co-relation that all cash is black money is conceptually a flawed equation. The Supreme Court had set the clock back on the imposition of President’s Rule in Arunachal Pradesh; it did so earlier on spectrum allocation and even allocation of coal mines.

Since the Supreme Court seized of the matter, this may not be an unreasonable expectation given past precedents if the court were to hold against the government and quash the notification of the November 8, 2016, thereby rendering this entire exercise void ab initio.

What we have in India are two economies formal and non-formal. The government should have found a pathway as to how the non-formal economy can merge into the formal economy so that everything comes above board and the government gets its due. What the government has done is callous and slapdash, for the lack of a better word. It demonstrates scant regard for the suffering of the people. When the sovereign is made to suffer for no good reason, would it be incorrect to characterise this Tughlaki pronouncement as anti-national?