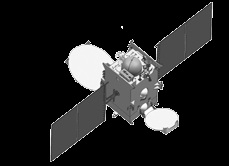 New Delhi: India’s space agency ISRO launched a satellite on 5th May, 2017 to provide communications services to its neighboring countries.

The South Asia satellite, funded entirely by India, was announced several years ago with the intention of serving all eight members of the South Asian Association for Regional Cooperation (SAARC). Meanwhile Afghanistan, Bangladesh, Bhutan, Nepal, Maldives and Sri Lanka are the users of the multi-dimensional facilities provided by the satellite.

It is more than $36 million project funded by the India.

Congress President, Smt. Sonia Gandhi has felicitated the engineers & scientists of ISRO on the successful launch of ‘South Asian Satellite’. It will strengthen the historical bonds with our neighbours, opening up new vistas of co-operation and cohabitation in technology & communications, she said.

On this occasion Congress Vice President, Shri Rahul Gandhi said “Congrats to ISRO on the launch of ‘South Asia Satellite’. Each milestone makes us proud of the tremendous ingenuity & talent of our scientists.