The Agony of ‘Annadata’ and repression by government 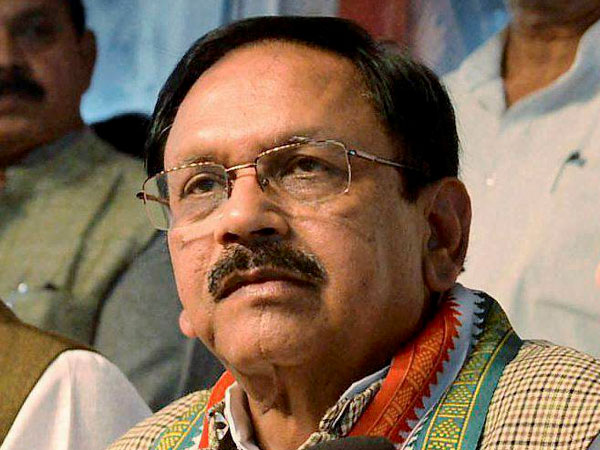 The Agony of ‘Annadata’ and repression by government

The farmers of the entire country have taken to the roads. Reason: their grief caused by the denial of the right price to their foodgrains and the betrayal by the government one after another. The result: farmers forced to take to the roads. What the government should have done is that it should have come forward to pull the farmers out of the crisis when the price of the food grains was going down rapidly and farmers forced to sell their products at cheap prices to pay back the dues to debtors and banks against the loan taken for meeting out their day to day expenses.

As promised during election for votes the government should have given 50% benefits on the cost price invested by farmers. It should have talked to the farmers and devise middle way and try to come up with suitable solution to their problems. But the government tried to make unsuccessful attempt to ruin the movement by intruding their mercenary into the movement. The government struck compromise with the organization which was not involved in agitation. It acted as a great catalyst to flare up the grief of farmers. The result was movement spiraled up which the government did the folly of misunderstanding and tried to crush it through bullets instead of talks and persuasion.

It is very difficult for the farmers to forget the prank played on them. The government had asked them to grow pulses more and more and when they did it the government befooled them by importing pulse instead of buying from them. The pulse, which was purchased, from them at the rate of 50 rupees is being imported from abroad at rupees 60. What more cruel joke with farmers could have been. Farmers are finding hard to digest that how can it happen that Narendra Modi whom they treated as a deity and voted overwhelmingly for him just for his promise that if BJP government came to power farmers could be getting 50% benefits on the cost of investment in harvesting. But the same government filed the affidavit in the Supreme Court and expressed complete inability to give the promised relief to the farmers. After all why did Narendra Modiji do that?

Farmers are unable to understand why the government which was formed on the promise of loan waiving in the tune of 50 thousand by the BJP in Madhya Pradesh changed totally. After having been reminded by the government that it would make farming a business of profit for the last 10 continuous years. They thought they should go and talk to their government face to face and fix their problems with the government. But what did they get. Bullets instead of bread. The Congress government under Manmohan Singhji knew that when there will be a rise in production the policy of storage will have to be framed.

It was due to this fact that for the storage of onion the policy of giving 50% subsidy was adopted but the BJP government threw cold waters on that policy and the result was the onion farmers were forced to sell their produce as cheap as rupees 2 per kg. But in the second year again when there was a bumper harvest of onion there was no policy for their storage despite the fact that Madhya Pradesh happens to be the second biggest producer of onion in the country.

The huge claim was made by the government that farmers are being given electricity at cheap rates but the subsidy which should have gone to the individual accounts of the farmers was in fact directed to the banks accounts of electricity companies. Despite the strict direction given by the Central Electricity Regulatory Board and the Supreme Court in 2007 the MP government did not end the practice of giving electric connection without meters whose no. now runs into lakhs. It clearly means giving encouragement to electric theft. On the other hand the farmers were promised of being given cheap electricity but were made to pay flat rate. Should any responsible government do things like that? Even today thousand of farmers of the state either committing suicides or making rounds of the court fighting cases due to their inability to pay the blotted bills of electricity over the years. Many of them even went to the jails.

The situation where the farmers agitation has reached, in my perception, the government should engage the farmers in talk instead of examining the aspects of farmers death. It should announce the concrete intention to fulfill the promises made to the farmers from time to time. There is no point in constituting the judicial enquiry in the case of firing when the Home Minister has already given clean-chit to the police. Then the question arises what will be the context of investigation. This kind of cover up is not going to mollify and instill faith in the minds of farmers.

The prosperity of any state is measured by the happiness of its farmers because it is they who are most reliant and self respecting person in the economic system who feeds others before self feeding. It is necessary for the government that it should talk to all the organizations and political parties in this regard and desist from throwing the state into the fire of anarchy.

Author is a senior Congress leader and former Union Minister