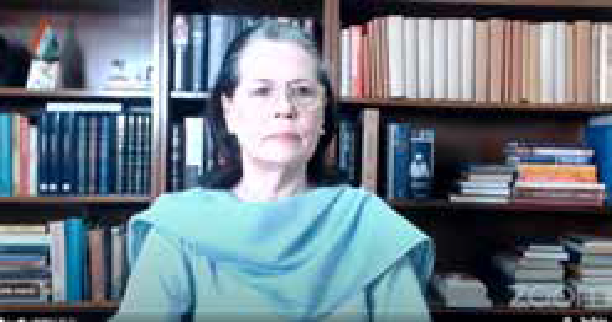 A seven-hour long CWC e-meeting was held on 24th August, 2020 and was attended by the CWC members, Permanent Invitees, Special Invitees and our four Chief Ministers.

All the participants, around 52 people, participated except Shri Tarun Gogoi Ji. Because of his ill health, he couldn’t attend the meeting. All others attended the meeting, and all spoke and participated in the deliberations. CWC unanimously adopted the resolution.

The CWC has extensively deliberated on the letters and, after detailed discussion, places on record the following:

First, the last six months have seen the nation in the throes of multiple crises. We have been beset by:

(i) The Corona pandemic that continues to claim thousands of lives,

(iv) Brazen aggression into and occupation of Indian territory by the Chinese.

Second, the two voices that have been at the forefront of exposing the Government’s inadequate responses, divisive politics and audacious propaganda are of Smt. Sonia Gandhi and Shri. Rahul Gandhi. Smt. Sonia Gandhi’s hard questions on the handling of the migrants’ crisis put this Government to shame. She ensured that Congress-ruled states tackled the pandemic effectively and provided access to healthcare and treatment to all sections of the people. Her leadership has rankled and embarrassed those occupying the highest offices in this Government. Shri Rahul Gandhi has resolutely led the fight against the government from the front.

The CWC, reflecting the overwhelming view and desire of the rank and file of the Congress, unanimously resolved to strengthen the hands of Smt. Sonia Gandhi and Shri Rahul Gandhi in every possible way. The CWC makes it clear that no one will be or can be permitted to undermine or weaken the party and its leadership at this juncture. The responsibility of every Congress worker and leader today is to fight the pernicious assault on India’s democracy, pluralism and diversity by the Modi Government.

Third, and most importantly, the voices of our two leaders have inspired a generation of Indians, both within and outside of the Indian National Congress, to rise and demand answers from this Government which seeks to desperately distract the people through shallow and manufactured issues. It is under their leadership that crores of Congress workers and supporters have reached out to fill the large, callous gaps in governance left by this Government as a result of which millions, belonging to the poor and middle classes, have been unjustly deprived of their rights and their livelihoods.

Fourthly, the CWC notes that inner-party issues cannot be deliberated through the media or in public fora. The CWC urges and advises all concerned to raise such issues only in party fora in the interest of propriety and discipline.

Fifthly, the CWC authorises the Congress President to affect necessary organisational changes that she may deem appropriate to take on the challenges listed above.

In the light of the above deliberations and conclusions, the CWC unanimously requests Smt. Sonia Gandhi to continue to lead the Indian National Congress until such time as circumstances will permit an AICC session to be convened.