The Prime Minister who is known for his Jumlas, this time really exploded 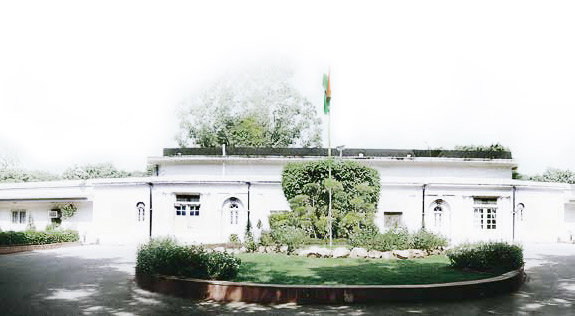 The Prime Minister who is known for his Jumlas, this time really exploded

The Prime Minister who is known for his Jumlas, this time really exploded a bombshell by demonetization of Rs 1000 and Rs 500 currency notes which affected the entire nation. In the garb of fighting black money, terrorism and counterfeit currency he turned the entire populace of the country in to paupers without resources even to meet their basic daily needs or for that matter meet any emergency expenses towards medical aid, death related or marriage related expenses.

Serpentine queues outside banks and ATMs are there to see with expectant and unsure faces hoping that they could get their own money somehow. People with  money in their possession are unable to provide basic amenities to their families since their money has been turned in to paper by one arrogant and un-thoughtout announcement, by an autocratic and dictatorial prime minister. More than 70 people have died while waiting for endless hours in queues outside banks and ATMs. The entire population is asked to survive on a pittance which does not take into account any emergencies or festivities. The PM since he has not known the compulsions of a family is asking people to pay by cheque or credit card. How many people have paid the floral decorator, the local halwai or other service providers by a credit/debit card or cheque?

The PM did not take into confidence experts and officials is clear from the fact that the new Rs 2000 notes were circulated first without understanding how would these get converted on small purchases. The size of the notes was altered rendering ATMs useless for dispensing such currency. An uncaring Prime Minister chose the most auspicious marriage season for doing this without appreciating the hardship he has caused.. He did not take into account the harvesting and sowing season for farmers. And to top it all it has hit the foreign tourist the maximum because they are unable to get exchange since banks do not have even enough for their needy customers. What is the impression the Prime Minister wants to give to our foreign visitors that India is a nation of tax evaders even when the majority of the cash money in circulation is legitimate income of small and marginal people.

After making this announcement to the people through an address to the nation the Prime Minister is shying away from explaining his purported ‘well thought plan over many months’ to the Parliament. As usual he is delivering monologues by speaking in public rallies and even when touring abroad, but the floor of the House is not acceptable to him. Is it because he knows that he doesn’t really have answers to the questions people are asking?

The Congress would stand with any move that curbs the black market and tax evasion. But the insensitivity of the government towards the small and marginal person, laborer, and farmer are totally unacceptable and the government will have to take a view on this quickly. The entire opposition is united on this fact and will together try to force the government to address their concerns.