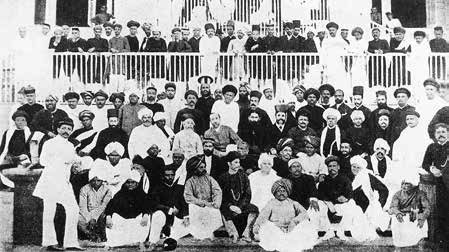 Indian National Congress (as Late Prof. Bipan Chandra claimed) was not a party. It was the movement. A movement which accommodated and nurtured a range of ideas, ideologues and individual. It worked out a consensus along all the contradictory forces emerge as the umbrella organisation. Under its aegis, India’s struggle for independence sustained, strengthened and succeeded. It continued to operate and function with the goals of independence in the post-independent India. The ideas of a sovereign government with anti-imperialist stance. Secular and socialist democracy and a pro-poor orientation always occupied the centre of the Congress politics.