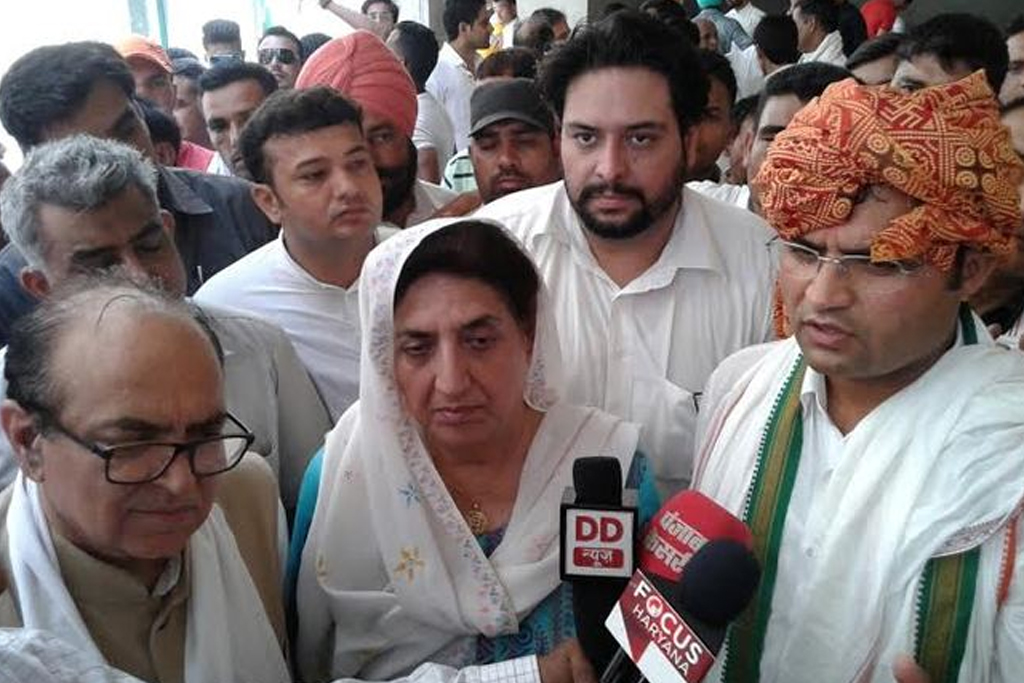 Chandigarh: During the Haryana Jat Reservation Agitation almost all of Haryana suffered a great loss of life and property at the hands of unruly agitators. The BJP Government of Haryana failed completely to control the situation and the peaceful people were left at the mercy of the forces disrupting the social fabric.

Dr. Ashok Tanwar, President of Haryana Pradesh Congress Committee visited Rohtak, Jhajjar, Fatehabad, Tohana, Hissar, Sirsa, Pundri, Kalayat, Kaithal, Narwana, Murthal etc. from March 5 to March 9, 2016 (photocopies of press clippings regarding these visits are enclosed). He met the families who suffered loss to their property due to arson and looting at the hands of agitators. He expressed deep sympathy with the families who lost their members during the turbulent days. Dr. Tanwar said that the goons had the abetment of the leaders in power and had a free hand to commit the heinous crimes.
During his visit to different places, Dr. Tanwar interacted with the people of different sections of society and tried to understand their feelings. He felt that by and large the people of Haryana are peace loving and only a hand-picked section of goons damaged the centuries old “Bhaichara” in the State. Dr. Tanwar appealed to the people to maintain peace and harmony at all cost.
He said that the Govt. led by Shri Manohar Lal Khattar was totally inactive and failed miserably in providing security to the life and property of the peaceful citizens of Haryana. The PCC Chief demanded that State BJP Govt. should own its failure and quit immediately because it has failed to perform its constitutional responsibility. He demanded that an enquiry by a sitting Judge of the Supreme Court should be ordered to uncover the real culprits behind this whole holocaust so that they are given
exemplary punishment.