Congress gives space to everyone, Rahul Gandhi says in Bengaluru 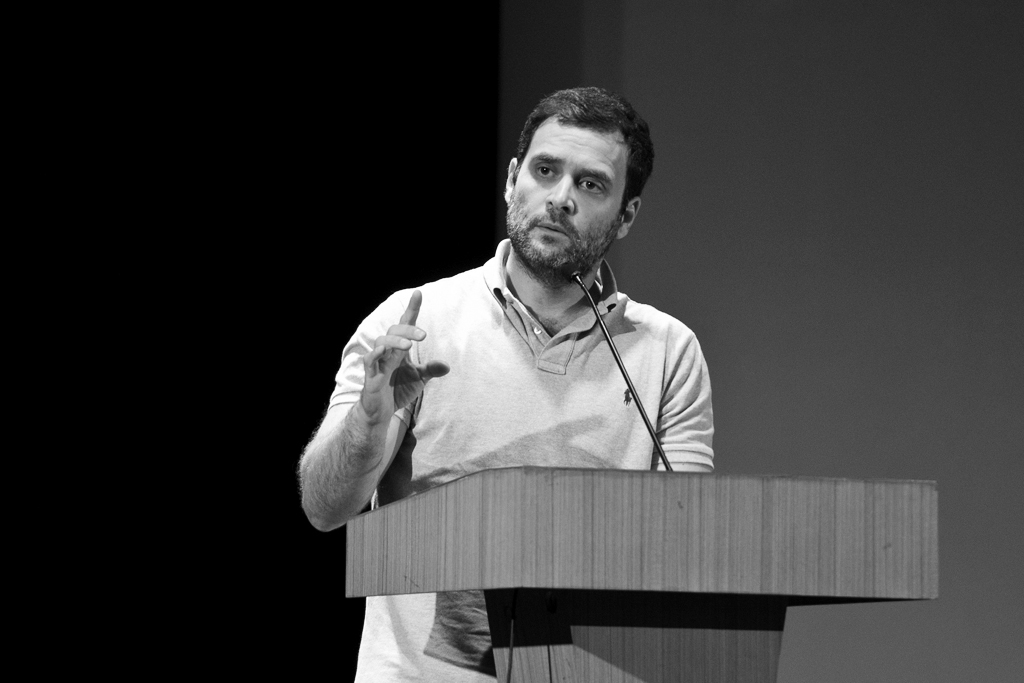 Congress gives space to everyone, Rahul Gandhi says in Bengaluru

New Delhi: Congress Vice-president Rahul Gandhi on 25th November, 2015 interacted with about 1,500 second and third year degree students at Mount Carmel College in Bengaluru. This is the beginning of a series of visits which Rahul Gandhi will make to colleges and universities across the country, I’ve come to conclusion, if you want to achieve anything in life, you have to listen, with and appreciate people around you. Who is one person to come and say “Listen, I have a vision for you”? My vision for India is what people of India want; discuss with people what they want. This session must be particularly revealing to Rahul and the Congress because for the better part of his opening statement he had blasted the prime minister, the BJP and the RSS.

He kept on targeting Modi, saying the government at the Centre was being run by one man and the PMO was controlling it all. By contrast, he (Rahul) stood for dialogue, discussion conversation. He also said in the early part of his life he had been mostly in the company of women - grandmother, mother and sister - and realised that problem in this country was that the women did not get the respect and position they deserve. Carrying out physical violence on a woman because you don’t appreciate what she does, is not acceptable in this country. To me this country’s biggest strength is what Digvijaya said to me in the car today, “Live and Let Live”. Young lady goes to a pub in Bengaluru and she is thrashed because she went to a pub. The single biggest problem in this country is that women don’t have the place they deserve, they are mistreated. How can one person have all the answers? I want you all to be part of decision making in the country.
I could have never achieved what I did without the school. It gave me selfbelief. I realised that essentially what this institute does is that it gives you knowledge but it also preaches tolerance When I first came into politics, I was convinced in my mind that solution to India’s problems were simple. The only thing that had to be done was to implement them. I looked up Wikipedia, I found to my surprise that three brilliant women that I know, come from this institution. I was very impressed with the alumni list. So I called Margaret Alva, Kiran Mazumdar-Shaw & Nirupama Rao. The questions were so pointed that Rahul for the first time accepted that GST was a good reformist bill and the Congress would support it if the government was inclined to engage with them and address “three concerns” including capping of taxes proposed in the bill. Conversation is important, out of conversation comes out a refined perspective.