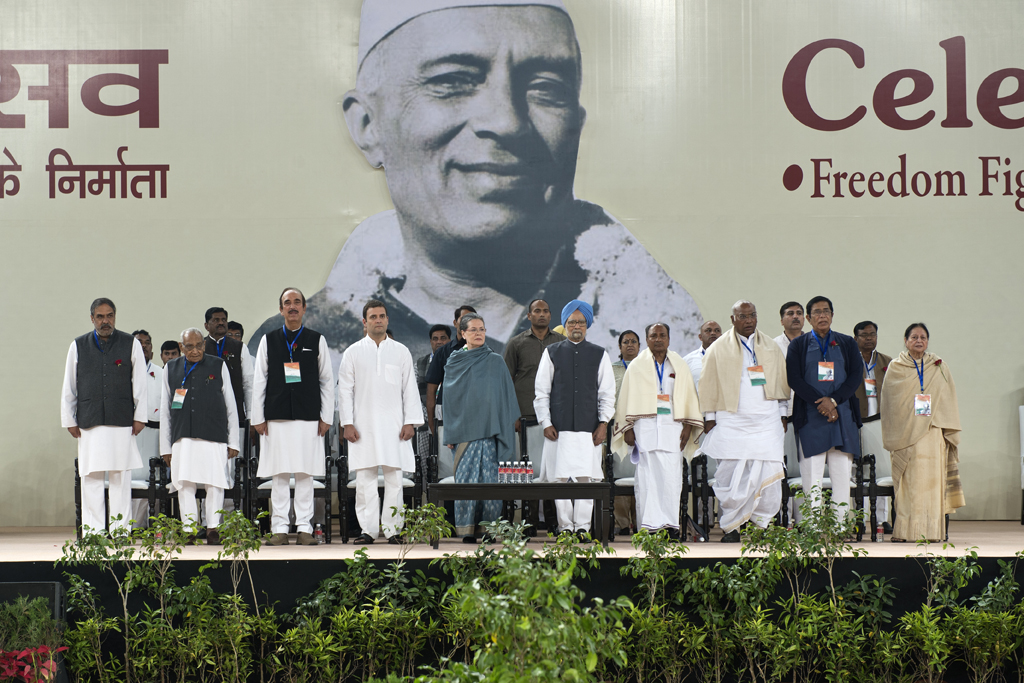 The grand victory of the Grand Alliance in Bihar that consisted of the Congress, JDU and the RJD in Bihar is indeed historic and will mark the beginning of the decline of the Modi Government. The Congress Vice President Shri Rahul Gandhi said ‘This is the victory of truth. This is a victory of brotherhood. We have achieved a very big victory over anger, division and over pride.’ The message to the Modi Government is very clear. ‘Jumlas’ are no longer acceptable to the people of the nation and people are fed up of the divisive politics of the BJP. All the good work done by the Congress towards giving the economy a direction has been brought to a naught by the practices of arrogance and divisiveness of the BJP government led by Modi ji.

They tried all means fair or unfair and spared no expense to win this election. The PM campaigned as if he wanted to be the CM of Bihar forgetting he has a responsibility to the nation as Prime Minister. Most of Modi ji’s time is spent either in travelling to foreign destinations where he has been trying to impress the Indian diaspora. He addressed more than 30 rallies in Bihar. They went to the elections in Bihar to divide the people on the basis of caste and religion. The wise electorate of Bihar gave a befitting reply where after their numbers here too after Delhi were reduced from the earlier assembly polls. Rahul ji said,’ Elections cannot be won by instigating fights between Hindus and Muslims.’ Congratulating Nitish ji he reverberated the wish of the Congress President that Development takes place in Bihar. The dastardly acts of suicide attackers of ISIS in Paris that led to the loss of so many human lives and brought back the memories of the terrorist attack at Mumbai. Such acts of unnecessary violence are condemnable and there is a need for the entire world to unite against the perpetrators of such injustice.
Nations promoting terrorist activities need to be reined and condemned. The nation remembers with affection one of its tallest leaders of the 20th century Pt. Jawaharlal Nehru. The stable democracy and the spirit of coexistence that has become the hallmark of independent India has been brought about by hard work, leadership and farsightedness of leaders like Nehru ji. Speaking on the occasion Congress President Smt. Sonia Gandhi said “When we think of Nehruji’s contribution to the creation of our constitution we are reminded of what Nehru ji perceived as an ideal democracy. He fought for and upheld these ideals every single day through his efforts as India’s first Prime Minister. And he sowed the seeds of these ideas and democratic values so deeply into our fledgling nation’s soil that today it has blossomed into a beautiful tree, whose roots are so deep and strong that no tyrannical force can shake it or uproot it.
India remembers its great daughter Indira Gandhi on her 98th Birth anniversary on 19th November, 2015. Likened to Durga by the leaders of the opposition she led the nation through a phase of strife that changed the face of Independent India. She brought about changes that ensured equitable distribution of wealth amongst all sections of society. In reality the phase of entrepreneurship took roots during the rule of Smt. Indira Gandhi. Even as the Prime Minister is busy earning brownie points with Indians settled in different countries of the world the nations economy is going for a six. Prices are increasing to unmanageable level and the Government is not doing anything to make things better. Despite the prices of crude having come down to less than 33 per cent for what it was during the UPA time the value of petrol and diesel is similar to what it was then. Not only that periodically the price of petrol and diesel is raised for the government to balance its accounts.
In addition the Government is imposing a cess for its flagship scheme Swatch Bharat. Realistically, since the launch of the scheme no visible progress is there anywhere in the country. Nor is there any direction. The price of Dal had raisen to an unmanageable proportion for its consumption by the aam aadmi, now the prices of mustard oil and tomatoes are already higher by 50%. The prices of other agricultural commodities are not being macro managed and we are going to see a phenomenal increase making it extremely difficult for the commonman.
On top of it all the winter session of the Parliament has begun and there is no effort by the Government to bring the opposition parties issues to be resolved so that the important policies can be implemented. Except for arrogance and Congress bashing there does not seem to be any interest in making real time adjustments. The belief of the Congress is that the Parliament is forum for debate and adjustment for the betterment of the nation and its people. The Government however is not willing to let go on its arrogance of numbers and is not willing to accommodate the issues of opposition parties. There is a need for the Prime Minister to introspect and come down from his high horse for the sake of the nation.