Growing intolerance in India: Apprehension of a civil-war 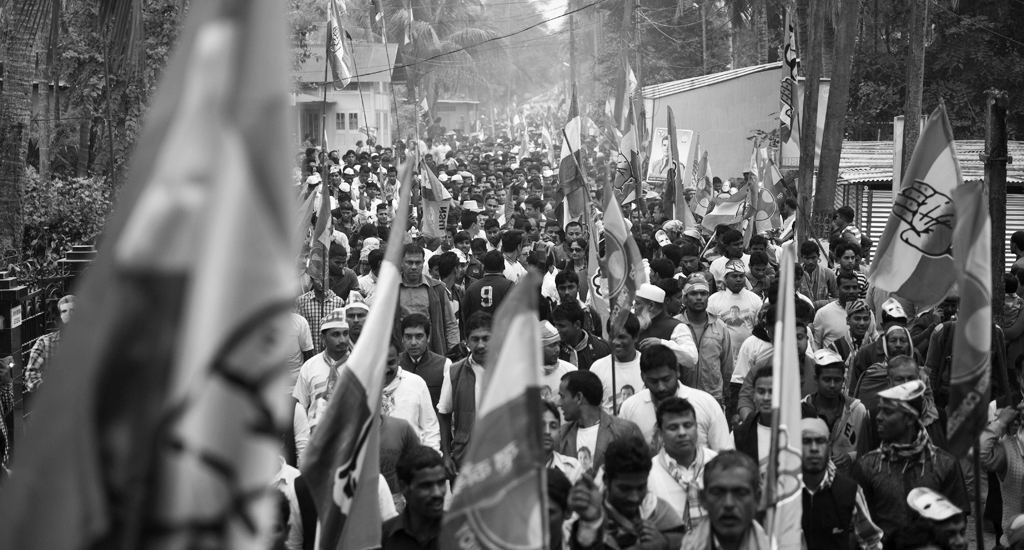 Growing intolerance in India: Apprehension of a civil-war

The Modi government is already reeling under the controversies related with cow and intolerance. The government has failed to create and maintain a peaceful and meaningful atmosphere in the country and it worsened with the communal statements issued by some of its controversial leaders. The present atmosphere of intolerance can be compared with the decades of 50’s and 60’s. This fear and distress is the same as that of the Hindu Mahasabha of 1950 and Shiv Sena of 1960 among north Indians.” Now once again, RSS with the help of local leaders is trying to create a sense of fear and panic among the minorities.

These small local leaders are getting bolder due to the silence of the Prime Minister Narendra Modi. They are attacking the soul of India with their statements, doings, allegations and is ligations and thus negating the diversity of India. RSS is the only organizations all over the world which remains always busy in hatching conspiracies. RSS also remains active in arousing enimity among various seats of dalits and tribals. But they are more concerned about provoking hatred and fanaticism against Muslims with an aim to polarize Hindus. They think that Muslims are soft-target. These is no doubt that Indians have lost the faith of minorities in 1992 (Ayodhya) and in 2002 (Godhara). We have to change our approach and thinking with regard to minorities and their patriotism, so that all the communities can contribute for the development of the country. Freedom fighters like Gandhi, Maulana Azad, Bhagat Singh had given us free India scarifying their lives.
It seems that we are lacking in preserving our freedom. And if continues, the souls of lakhs of freedom fighters will weep. Indira Gandhi and Rajiv Gandhi sacrificed their lives in fighting the forces who wanted to disintegrate our country. They also fought against intolerance. For them, the integration of the country was of utmost importance. BJP and RSS never participated in freedom struggle. Their followers are in support of the Britishers and also are opposed to the democratic values. Therefore, the followers of BJP and RSS are those who are traitors. These power-hungry people are fanning animosity between Hindus and Muslims and as a result of this, new of communal tension is coming from so many places. So much religious intolerance was never been in our country. The should of India is in sorrow seeing such kind of poisonous situations. No religion teaches treachery. No religion teaches to make humanity ashamed. Religion based politics is the main cause of present religious frenzy. Animosity is being grown and crops of terror are being harvested. People are in a fix. Today the whole world is competing to progress at an accelerated pace.
If someone is going to the Mars, some other readying for the Pluto. Our intellectuals and scientists have worked hard to make India proud and to achieve such a place which the others cannot even think of. But in the name of conservation of religion, India is being wounded and injured. What is the relevance of religion if it becomes devoid of humanity. Followers of all religions should try to understand this. We should remember the lines of Iqbal, “Majab nahin sikhata aapas me bair rakhna, hindi hain hum, vatan hai Hindustan hamara.” (The religion doesn’t teach us to remain at enmity with one-another. We are Hindi and Hindustan is our country). We all are one. We are sons of the same mother. Our methods of worshipping are different but our country is same, our mother is same. The most ancient civilization will bleed if she observes barbarianism at its worst. Come and join to save this great culture from being chopped into pieces.
Don’t let the soul of this country to be in sorrow. The sentiment of “Vasudhav Kutumbkam” should guide us. we should live in unity and make our country an ideal nation so that the whole world may chant, “Saare jahan se achcha, Hindustan hamara”. (Our Hindustan is better than the whole world).
Author is the Vice-President, Vichar Vibhag Manch, Rajasthan Pradesh Congress