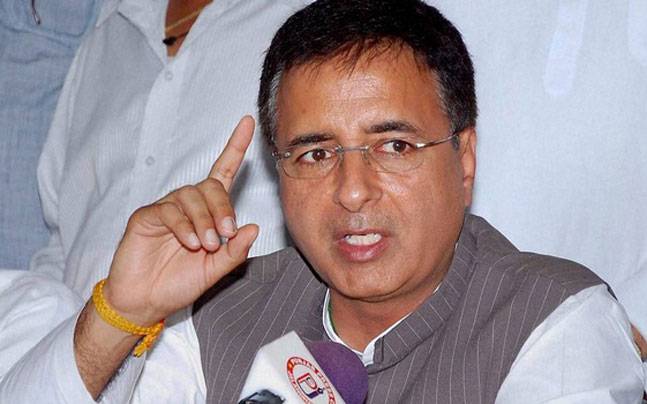 “If you don’t know where you are going, any road will get you there.” Lewis Carroll’s ‘Alice in Wonderland’ clearly was not written with Prime Minister, Narendra Modi and his Pakistan policy in mind, but it aptly captures his episodic initiatives on our western neighbour. Noted columnist, Aakar Patel counted nine flip-flops in the 19 months of Modi government. That is if you ignore his bilious anti-Pakistan rhetoric during the election campaign to demonise Prime Minister, Manmohan Singh for seeking normalcy with Pakistan.

An attempt has been made in some quarters to portray as if the Congress party is opposing peace with Pakistan. Nothing could be farther from the truth. As the natural party of governance, Congress party has handled Pakistan with the deftness and sensitivity required at any given time, whether it be by military action in the 1965 war, or the liberation of Bangladesh in 1971, or the capture of Siachen glacier in 1984. Also, diplomatically, whether at Tashkent in 1966 or at Shimla in 1972 or the nuclear CBM agreement finalised by Rajiv Gandhi and implemented by PV Narasimha Rao. But all those actions by the governments to engage Pakistan fitted into a larger strategy of securing India’s national interest. The Parliament was always taken into confidence, opposition leaders briefed by the Prime Minister on all progress and media informed of the situation in a free and frank manner. Now, we have the case of a government where its own senior-most ministers are not aware of a visit by the Prime Minister to Pakistan. This is not a trivial issue. India-Pakistan relations concern the whole country and cannot be treated as the personal property of any single individual, whomsoever he may be. India’s Pak Policy - Engaged Diplomacy Needed, Not Episodic Intervention What is Modi’s Pakistan policy?
Once where he said, ‘talks and terror can’t go together’, to where he said, ‘terrorists who wreaked havoc in Mumbai in 26/11 should be brought to justice first’, to where ‘the two NSAs will talk only if they have to discuss terror’. Alternatively, is it one where he exchanges sarees and shawls with Pakistani Prime Minister, and now visits Pakistan to convey birthday greetings to Nawaz Sharif. Flip-flopping between these two extremes, with no change in external environment or any assurance from Pakistan, is hard to support for any party, least of all for us who believe in the primacy of India’s interests. We now have a peculiar situation where no one knows and let’s hope this excludes the Prime Minister what changed in the last couple of months for Modi to execute this sharp U-turn towards Pakistan. The people of India still don’t know what the National Security Advisors discussed in their meeting in Bangkok and how the comprehensive dialogue with Pakistan will begin? Is it being done under pressure of some foreign power whom Prime Minister wants to woo or Is it due to a desire for personal glory? Is all this going to come at a cost India can ill-afford? Can India’s national interests be sacrificed at the altar of personal ambition of one man? The country needs these answers. The latest Lahore visit is nothing but another attempt to divert media attention from serious problems besieging Modi at home.
Despite the advantage of historically low crude oil prices, India’s economy has come to a grinding halt in the last 19 months. As highlighted by this newspaper in a series, from power to roads to loss of jobs, Modi has presided over this crisis. Simultaneously, despite his personal campaign, he has lost electoral battle in Bihar, followed by the loss in the local elections in Gujarat and important bye-elections in Madhya Pradesh & Chattisgarh. There have been serious charges of wrong doing against two of his senior-most ministers, Sushma Swaraj and Arun Jaitley, and chief ministers of Rajasthan, Madhya Pradesh and Chhattisgarh. The Prime Minister is very fond of cameras and selfies, and likes to keep himself in the news. But India’s Pakistan policy cannot be driven by optics sans any concrete deliverables, as has been the case with the government so far. Pakistan hasn’t brought the perpetrators of 26/11 Mumbai attacks to justice. On the contrary, Lakhvi, the terror mastermind, was released in this government’s stint which accepted it without a protest. Nor has it stopped cross-border infiltration. Infact, there has been a 35% increase this year.
More than 900 ceasefire violations have taken place along the Line of Control on International Border. For all the sarees and shawls that have been gifted by Modi, Pakistan has not even given India the Most Favoured Nation (MFN) status so far. Modi’s photo-ops and secrecy around interactions will not make up for the lack of direction in his Pakistan policy. The contours of any dialogue with Pakistan have to be concrete, result oriented and in India’s national interest. Every Indian is a stakeholder in that process and they are needed to be taken into confidence on policy towards Pakistan. Compromises of any kind, especially on the issue of terror or Kashmir, will not be taken well by the people of India. And the Prime Minister won’t have the option of quoting from Alice in Wonderland: “Off with their heads!”, however strongly he may wish to.
The Author is Media Incharge of All India Congress Committee