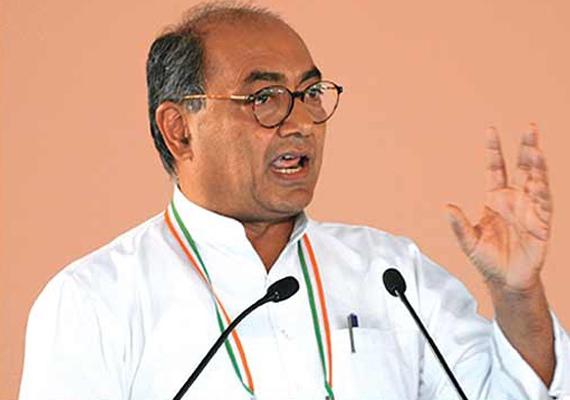 Spokesperson: Shri Digvijay Singh: He said that you may remember that on 11th January, 2016 I had kept on episode before you in which the Roadways and Transport Ministry had given the Passtunnel District in Jammu and Kashmir in a single bid for Rs. 10 thousand 500 crore Kathe was given to IRR Brinefast Cultural development limited and I had complained to the CVC and to the Hon’ble Prime Minister.

I had even told how Dattave Mahaskerji’ son Viren and a close of second son had a close relation with Nitin Gadkariji and also had business partnership and the proof I had presented before you and all the papers are with the AICC Media Cell and the office.

I had met the CVC and now I have come to know that on the suggestion of some VC how this contract of Passtunnel was given for Rs. 10 thousand 500 crore in a single bid and which has been now cancelled. This shows that whatever charges I had made with the CVC and the Prime Minister was true. Now, when the charges were proved true and the contract cancelled, we know who is responsible and who evaluated this tender and who made this detailed project report and how many people purchased the tender forms and how many people made the bid.

This is an incident that has to be investigated. Saturday, 19th March, 2016.