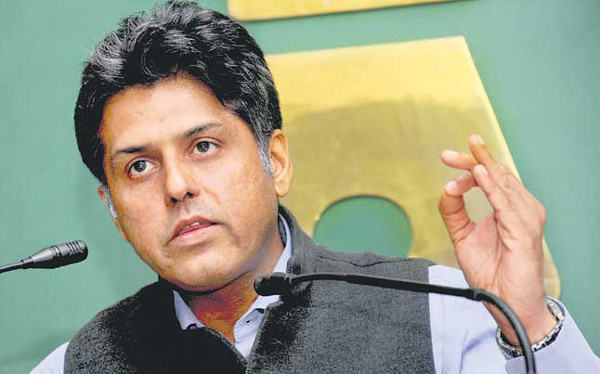 The Prime Minister today, while speaking with regard to Dr. Ambedkar said certain things which are absolutely and clearly economical with the truth. He talked about not revisiting reservation.

The question to the Prime Minister is that who raised the issue of revisiting reservation. Was it raised by the Congress Party? Was it raised by anybody in the Opposition? The issue was raised by the RSS, by the Secretary General of the RSS Mr. Mohan Bhagwat. So, the Prime Minister would be well advised if he directs these queries with regard to revisiting reservation to its or to their ideological mentor.

Yesterday, the BJP once again kicked off facile and spurious debate on Nationalism. The only reason why the bogey of Nationalism is being raised, is to cover the inadequacies and the failures of the past 22 months. It is ironic as to who is raising the question of Nationalism the political party whose predecessors, whose ideological mentor had no role to play in the independence of India, whose erstwhile Leaders apologized to the British Imperialists in order to come out of jail, a party which had no role to play in the National re-construction of India. In fact, even after 1947, there is not a single leader of the RSS, its erstwhile progeny, the Jan Sangh and later the BJP who has even sacrificed for the unity and integrity of this country. In fact, the Congress has a long and illustrious list of names including two former Prime Ministers and recently it was Congress Leaders who died in Chhattisgarh fighting against the Maoists.

So, it is an extremely ironic situation that the pseudo Nationalist have become the contractors of Nationalism in this country. When Netaji Subhash Chandra Bose said Jai Hind, or for that matter Bhagat Singh, Raj Guru and Sukh Dev said Hindustan Zindabad, or even Inqulab Zindabad, did that make them less Nationalists, than those who say ‘Bharat Mata ki Jai’. Whether it is ‘Bharat Mata Ki Jai’, it is ‘Jai Hind’, it is ‘Mera Bharat Mahan’, Hindustan Zindabad, ‘Vande Matram’, they are all synonyms of the same emotion and so, therefore, to try and divide this country on this litmus test, that those who say ‘Bharat Mata ki Jai’ are Nationals, and those use the synonym are anti-National, are for the better word reducing Nationalism to a very reductionist binary - something which is dangerous for this country