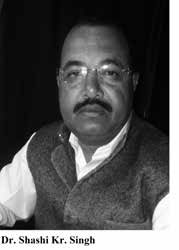 Rahul Gandhi is a real brave heart and fighter. A concerned citizen and a true democrat which he is, one can witness his desperation to sort out and resolve the JNU row. So much so, that he is not even concerned about a sedition case already filed against him in the Allahabad High Court. The dedication and love to the nation which runs in his veins will push him to walk distances for the cause of it. The present government which seems to have failed on every front of governance is making every effort to keep the JNU issue alive. Whatever happened was unfortunate, and the university’s internal mechanism should have been allowed to take its course. But the government and its agencies highjacked the issue for petty political gains. Rahul Gandhi stands in solidarity with the students of JNU, and is making every effort to take the issue around. He addressed the JNU students inside the campus amidst huge cheers. He defended the right to disagree with a dominant political position, and welcomed the idea that university should be a site of disagreements and dissent. After all, where one can dwell upon if not universities, if one challenges the present decaying structures and envisages a new one to replace it.

The government’s anger and scheme to shut down this recreation of political idea is very disturbing. It is against the democratic ethos which the founders of this nation have worked hard to build. JNU, which has been named after Pundit Jawaharlal Nehru, is at the centre of the “Idea of India”. For Pundit Nehru, universities meant standing for humanism, tolerance, reason, adventure of ideas and search for the truth. This is what the Congress Party has always stood for. And this is what is being attacked today by a regime which wants to catapult the spirit of democracy and debate. It is very unfortunate that the involved students were not given a single opportunity to explain their action. The government’s action made people believe that those students were anti-nationals, and soon the whole university was branded as such.
The follow-up events are equally disturbing. The way a proper trial is being distorted inside the Court rooms, and the advocates, who are seemingly a pillar of civil society are maddening like mob is shocking. The same media which was playing propagandist against the poor students of JNU is being manhandled all over the streets. This government seems to have succeeded in translating a secular-nationalism in a religious xenophobia. The supporters of this government are not even ready to discuss and debate, which is at the heart of the democracy. A civilised social order seems to have been barbarised, and we strongly condemn the actions. Rahul Gandhi rightly pointed out that the government through RSS is trying to impose a “flawed” ideology on the students. He is equally pained at the follow-through of the events. He along with some senior members of the Congress Party met the Hon. President of India today.
He in his letter to the President has observed that how the “government’s complete failure in managing tensions and restoring law and order and refusal to protect the democratic rights of its citizens is a cause of deep concern.” The politics and the idea which the Congress Party represents are truly the results of the long freedom struggle movement. In the leadership of the Congress, people of India fought hard for their right of freedom and expression against the colonial state. And thus, the party respects the manifestation of that struggle as it is enshrined in the Constitution of India.
The present government’s ideologues who never sacrificed for the freedom of the motherland have not left a legacy behind them too. That is the sole reason that this government and its supporters does not know how to value and preserve the democratic conscience. But as Rahul Gandhi has firmly emphasised and promised that he will continue the struggle against such forces.