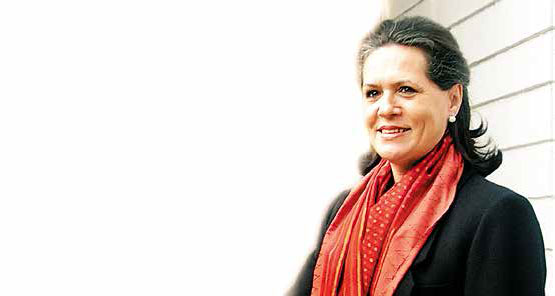 Speech of the Congress President, Smt. Sonia Gandhi on the occasion of Dr. B.R. Ambedkar-Special Session of Parliament on 26-27 November, 2015 on Indian Constitution Day

First of all I want to express my gratitude to Dr. B.R. Ambedkar on his 125th birth anniversary. Today is indeed a historic moment. This day, sixty six years ago, the Constituent Assembly gave our country its Constitution, a charter for democracy and the rule of law, a charter for social justice and empowerment, a charter for strengthening national unity while rejoicing our many diversities. It took almost three years to finalize this Constitution. The debates were momentous. Dr. Babasaheb Ambedkar chaired the Drafting Committee and piloted the draft Constitution through the Constituent Assembly.
He explained the background and the purpose of each of its key Articles in great detail. He expounded on its philosophy at length. In his closing remarks before the draft was formally adopted on the morning of November 26th, 1949, Dr. Rajendra Prasad, the President of the Constituent Assembly had this to say and I quote: “I have realised as nobody else could have, with what zeal and devotion the members of the Drafting Committee and especially its Chairman Dr. Ambedkar inspite of his indifferent health, have worked. We could never have made a decision which was or could be ever so right as when we put him on the Drafting Committee and made him its Chairman. He has not only justified his selection but has added lustre to the work which he has done:” And what did Dr. Ambedkar himself have to say in his closing speech while moving the motion a day earlier? I quote “I was more than surprised when the Drafting Committee elected me to be its Chairman. There were in the Drafting Committee men bigger, better and more competent than myself. I am grateful to the Constituent Assembly and the Drafting Committee for reposing in me so much trust and confidence and to have chosen me as their instrument and given me this opportunity of serving the country”. He went on to say and I quote, “It is because of the discipline of the Congress Party that the Drafting Committee was able to pilot the Constitution in the Assembly with the sure knowledge as to the fate of each Article and each amendment. The Congress Party is, therefore, entitled to all the credit for the smooth sailing of the Draft Constitution in the Assembly”.
It is generally not remembered that the Congress Party sponsored Dr. Ambedkar’s membership in the Constituent Assembly in recognition of his outstanding capabilities and expertise. He had unsurpassed academic qualifications in political theory and economics from the USA, Germany and the UK. He came back to India with the single minded purpose of fighting for the dignity of the scheduled castes and discriminated communities, giving them voice and opening avenues for them to acquire political power. Madam Speaker, this magnificent Constitution, which we all cherish and to which all of us pledge allegiance when we enter Parliament, has the imprint of some of the finest minds and noblest souls that the world has ever seen. It has also a long history going back to the early part of the twentieth century. And this history is inextricably linked with that of the Freedom Movement and therefore of the Congress Party. It was in March 1931, for instance, that Jawaharlal Nehru drafted, piloted and secured the resolution on Fundamental Rights and Economic Policy.
This Resolution permeates the Constitution particularly its provisions relating to social justice and gender equality. Four men, who carried enormous prestige and commanded the greatest respect, guided the functioning of the Constituent Assembly at every step. They were Jawaharlal Nehru, Sardar Patel, Dr. Rajendra Prasad and Maulana Azad. The Constituent Assembly had eight major committees which were chaired by either Nehru, Patel or Prasad. Maulana Azad was a key member in five of them. What is conveniently forgotten is that it was none other than Sardar Patel himself who had chaired the Advisory Committee on Fundamental Rights, Minorities, and Tribal and Excluded Areas. The Objectives Resolution moved by Jawaharlal Nehru on December 13, 1946 became the Preamble of the Constitution. The Constitution has proved to be remarkably flexible.
It has seen over a hundred amendments, a number of them in response to changing circumstances and emerging challenges. But it is indisputable that it has given the weaker sections of our society a sense of participation and pride. It has made our democracy more representative and governance more responsive. It has enshrined secular values. Let us not forget Dr. Ambedkar’s warning when he said, and I quote, “However good a Constitution may be, it is sure to turn out bad because those who are called to work it happen to be a bad lot. However bad a Constitution may be, it may turn out to be good if those who are called to work it happen to be a good lot. The working of a Constitution does not depend wholly upon the nature of the Constitution.” Madam Speaker, the spirit of the Constitution is as important as its letter. There is no alternative to Constitutional methods, as Dr. Ambedkar himself had pointed out, for achieving our social and economic objectives. But these ideals and principles that are embedded in our Constitution and that have inspired us for decades are now under assault.
What we have witnessed these past few months particularly are a complete negation of what our Constitution stands for and guarantees. Those who have no faith in our Constitution or played no role in its framing are now trying to be its torch-bearers. Can there be any greater mockery than this? On behalf of the Indian National Congress, I salute Dr. Ambedkar, Jawaharlal Nehru, Sardar Patel, Dr. Rajendra Prasad, Maulana Azad and all their colleagues in the Constituent Assembly who have bequeathed us this precious legacy.