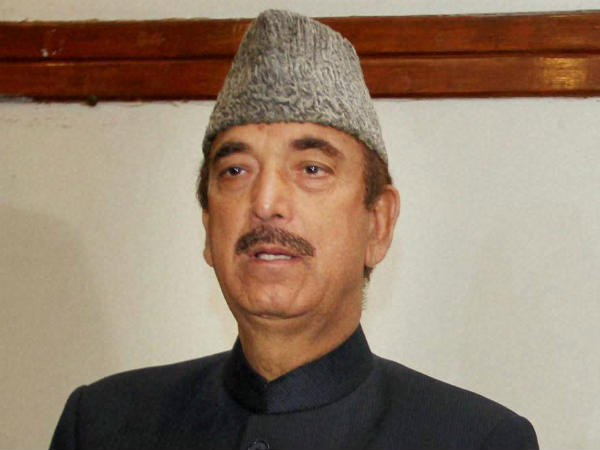 Spokespersons: Shri Ghulam Nabi Azad, Shri R.P.N. Singh and Shri Raj Babbar: Shri Azad said that I am confident that during the coming Budget Session, the Prime Minister will tell us in Parliament as to what was the loss, be it of life and property or economically, Modiji will have to take the responsibility for the same, the blame cannot be put on any disease, nor on any person, or on a thief, or any trespasser from Pakistan, or any accident, or any other reason can be held responsible, these lives have been lost just because of the wrong polices of the government, the responsibility has to be fixed, this we shall ask them in the Parliament. Even today, 125 farmers, house-wives, government workers and journalists of the country, they all want to ask as to who is responsible?

This is an economic anarchy, be which our economy has slowed down, because of wrong polices many factories, many business has done retrenchment, for this somebody has to held responsible and another important fact that RBI just acted as rubber stamp in this government. The autonomy of the RBI and many independent institutions, one-by-one the NDA government has finished them and the autonomy of the RBI has been finished.

Earlier, you used to read the news of RBI Governor, there used to be economic discussion on TV, today RBI Governor’s presence is not felt, their autonomy has been snatched by the government and their work is being done by the government. The government had themselves agreed, when we asked them inside and outside Parliament, that the RBI Governor neither had suggested nor supported it, then they ultimately said that on 7th November we had asked him and the decision was taken on 8th November. This was also said which we come to know from sources, that from the ten Directors, only two were there, one did not know about the agenda, the other agreed upon the decision. This is also known to all that if it is a decision of the Cabinet or it is a decision on selection, for that minimum quorum has to be fixed, at least minimum members have to be there, but here one man takes the decision.

The government has to be answerable. I thank the people of the country because they protested in their own way, today the Congress Party in the whole country from Kashmir to Kanyakumari, at all the offices of RBI in Jammu and North-East, there the Congress Party staged dharna by the local leadership, local MP, president, CLP leaders, National leaders. Former Home Minister Shinde went to Ahmedabad, was also arrested. In Mumbai, former Chief Minister Ashok Chavan Sahib was arrested, our Media incharge Surjewala was arrested. Similarly, in every state capital, our leaders were arrested, were lathi-charged and had to face water-cannon. Our leaders and all the workers protested, to express the problem of the people and to get the attention of the government towards this problem. Wednesday, 18th January, 2017.