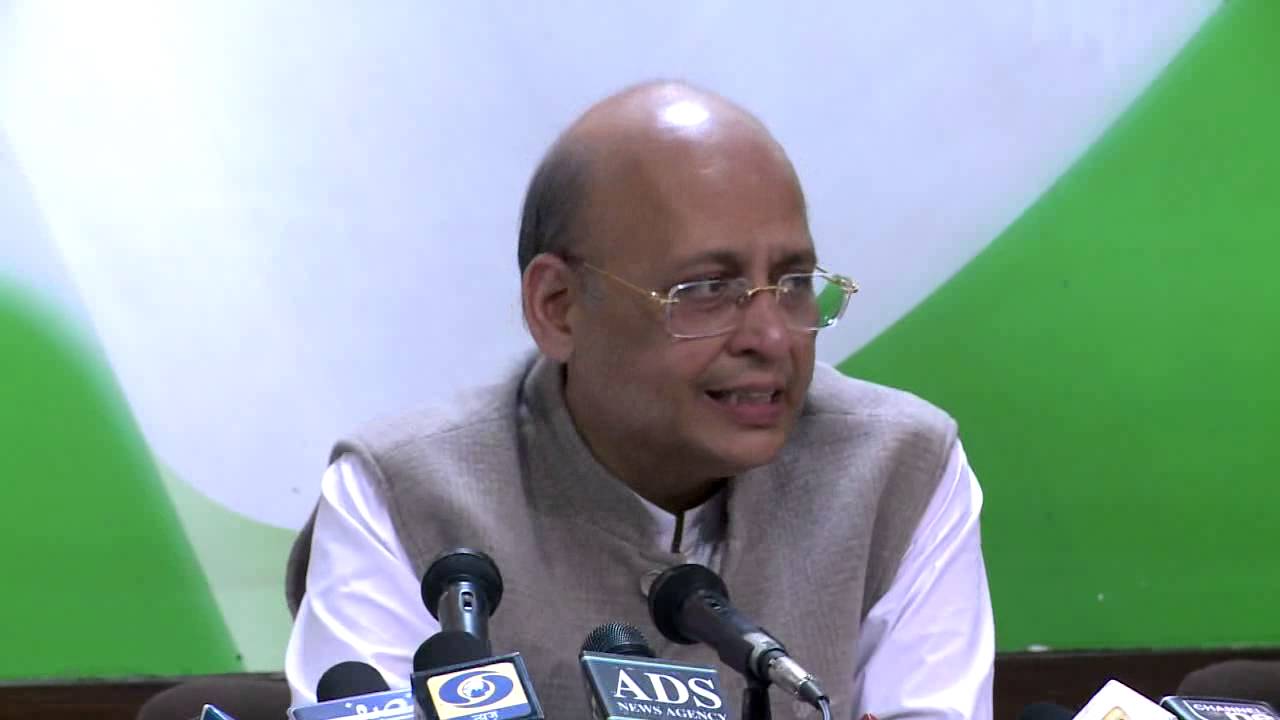 Spokesperson: Dr. Abhishek Manu Singhvi: He said that the public agitation that is going on the issue of agriculture, particularly in Gujarat and at all-India level, we shall talk on this today. For the past 20 years wherever there is a BJP government the condition of agriculture was in a bad shape, particularly in progress of unemployment, the BJP have achieved a specialization, progress without employment and this particularly reflects in regards to agriculture.

Modiji had made a false propaganda, at various places during elections, as the Chief Minister of Gujarat he said that farmers do not commit suicides in Gujarat. But he did not say what the figures speak about. Almost in the eleven-year period from 2002-2012, more than five thousand fifty farmers had died, and these are the official figures, an attempt was made to hide it, instead of suicides, it was only show as deaths, but the large number of deaths that have taken place in the past 11 years gives the figures for Gujarat alone. Friday, 9th September, 2016