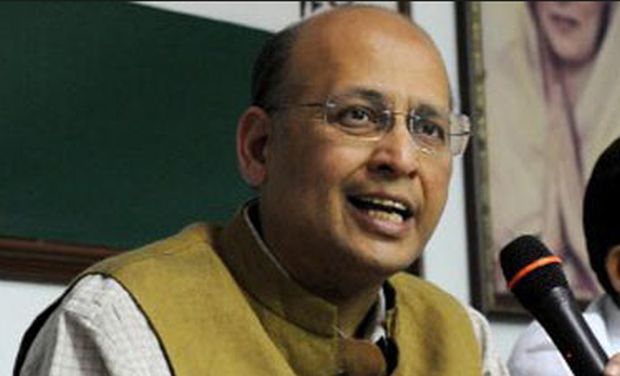 Dr. Abhishek Manu Singhvi said that today’s theme is rank and utter hypocrisy and double speak. I want to demonstrate to you the height of hypocrisy and double speak and I believe that I will demonstrate it you through the theme of Lokpal but before that let me tell that a preacher like Robertson defined hypocrisy - he said that there are three things in the world that deserve no mercy hypocrisy, fraud and tyranny. I do not know about the third but on two counts certainly what this Government and the then Opposition has done on Lokpal - on the first two they certainly qualify. In fact, Plato said “to the rulers of the Stars if to any it belongs of the right to use also, to deceive either enemies or their own citizens and no one else may meddle in this privilege”.

The kind of phrases the AAP and the movement called the ‘AnnaHazare’ movement now everybody has forgotten used against the UPA Government but I am not on that. I want to remind you of the piggy back riding which the BJP opportunistically did at that time and the kind of choicest adjectives they used. I will come to that but I want you to remember few date lines because of all those abuses and all that ‘Hulla-Gulla’, a Joint Drafting Committee was formed on 8.4.2011. The UPA introduced the Bill in Lok Sabha on 04.08.2011. It was referred to a Parliamentary Standing Committee which I had the privilege to Chair in August 2011 and in a record four months, after examining over 150 witnesses and writing a  detailed comprehensive report; we had 31 Members of 17 Parties. We gave the report in December 2011. So, the UPA did all this work in 2011 i.e. six months or so The Lok Sabha passed that Bill 1 i.e. three days before the New Year in 2011. It was the BJP which delayed with various objections and got it referred in the Rajya Sabha on 21.5.2012 to yet another Select Committee. Please mark the dates. The Select Committee reported that on 23.11.2012 so December 2011 our report and the Lok Sabha passed the Bill. The Rajya Sabhha, the BJP objected, deferred, disrupted, referred to Select Committee and the Select Committee Report in one year late i.e. Nov 2012. Finally, the Bill was assented by the President and brought into force on 16.1.2014.

That is the hypocrisy which Plato talked about, that is the hypocrisy which Robertson talked about and I would submit that this needs to be exposed completely. You have no answer and I am not quoting. Mr. Jitendra Singh, the MoS, two days ago said that some amendments have to be done. Before the Committee will be appointed and before the Committee is appointed, another year will pass and hopefully 2019 it will go till without the Lokpal. Thursday,6th April, 2017