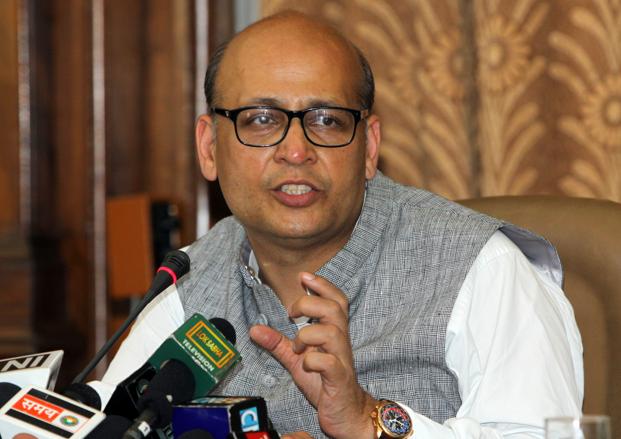 Dr. Abhishek Manu Singhvi said that while the BJP Government is planning a multi-thousand Crores birthday bash, interestingly of course, all acronyms are focused on Modi Ji. So they are calling it Making of Developed India otherwise Modi Fest - Making of Developed India as MODI and also making all kinds of claims with advertorial blitz. On the one hand this is going on, on the other, India, the youth of India, the people of India are facing a grave future, a bleak future and today I am pegging on the issue of number of jobs - Job Creation or all this touting of growth which is nothing but jobless growth. In fact, if you see the Government published figures and they are not my figures, they are not political party figure, they are Government published figure, you can only be reminded of the phrase’Much ado about nothing’.

In several public rallies Mr. Modi would tell voters each and every time that just give BJP a chance to improve their lives with new jobs and I will give you one quotation, you have many of them - in 2013-2014, one of them says ”I can’t do much about those in their 50s but I want to transform the lives of those in their 20s who are seeking new employment”.

The credibility of the Government, they are all linked Bank Credit Growth - which is directly linked with the Business Growth which is directly linked to Employment Growth is at the lowest at 5.3% in 2016-17 and it is the lowest in last 63 years. The IIP data, which is the Industrial Data counting Industrial Growth Production - all this ‘Make-in-India’ is mere all or the ‘Skill India’ is there the IIP data shows flat trajectory or flat growth line of 0.6% till January 2017, close to a mere half a percent. Friday, 19th May, 2017