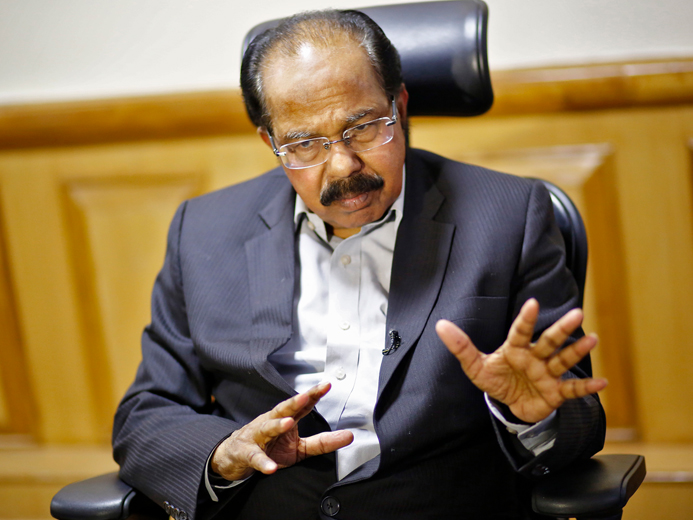 Spokesperson: Shri M. Veerappa Moily: He said that we are mainly focussing on GST 122nd Amendment to the Constitution. The Amendment has been passed by the Rajya Sabha. Today it has come up in the Lok Sabha. The debate may be over by this evening. Of course, it is our Bill, actually it is the off-shoot of the 1991 Reforms of Economy kicked off by Dr. Manmohan Singh under the Prime Ministership of late Shri P.V. Narasimha Rao. A number of other Reforms have been launched thereafter; VAT is one which is one of the most successful experiments on the taxation and now the GST. Indian National Congress has always been for the GST,. In fact, it should have come already. In 2006 we introduced the First Bill but there have been obstacles particularly from the Opposition more particularly from the BJP. When the Bill was introduced in the Lok Sabha, it was referred to a Standing Committee headed by Shri Yashwant Sinha. He gave a report. Thereafter in 2008 it was again obstructed.

Anyway, after this Government came, they moved it again, in fact, it was passed in the Lok Sabha, was referred to a Standing Committee consisting of only Rajya Sabha Members. We had raised particularly three objections we said that 1% additional tax will have cascading effect, so it has to be given up. Of course, they did not consider it in the Lok Sabha. Another point which we raised here is that there should be a proper Grievance Redressal Mechanism. We insisted that it should be presided over by a Judicial Member, otherwise the pronouncements may not stand the scrutiny of the Court. And mainly now they have given up the 1% but again we have made it clear today in the Lok Sabha that the proper Mechanism will have to be created, as it should not be a subordinate body to the Council. We do not know whether they will agree or not. Monday, 8th August, 2016.