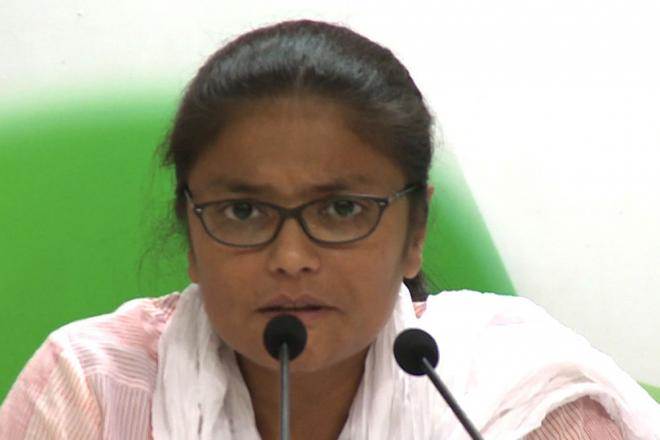 Ms. Sushmita Dev said that I think this morning when we woke up with the news of what happened in the by polls in J&K, it is something that the Congress Party has been saying since the new Government in J&K has been formed.

We have been consistently mentioned that the alliance in J&K is against the general will of the people and we have continuously termed it as unholy alliance and my Party feels that in this by polls to see a turnout of 7.1% only and to see 8 precious lives being lost and more than 200 people injured in this election process, we believe that the BJP-PDP have clearly failed the litmus test on the situation of security in the Valley.

We demand her resignation is not to politicize the issue of Kashmir but it is her people, people of the Valley who by not turning out in the election has actually issued a ‘Vote of No Confidence’ against the Government. The Hon’ble Chief Minister should step down on these grounds. Monday, 10th April, 2017