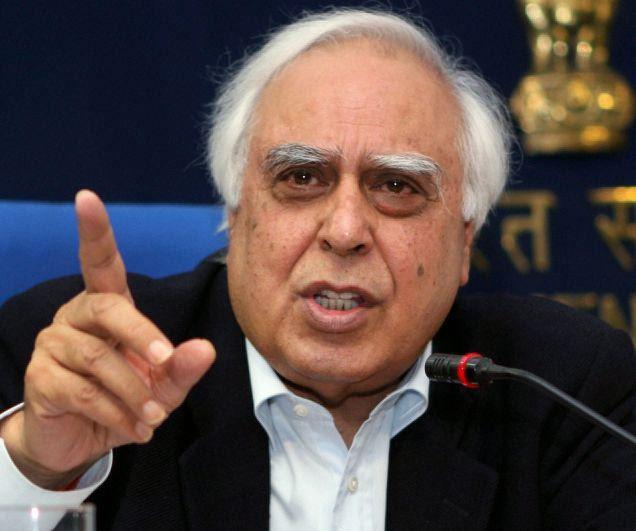 Spokesperson: Shri Kapil Sibal: He said that almost 21/2 years have passed by, I was thinking as to what is the meaning of ‘achhe din’? People from the BJP have got nominated in Navratnas of India, so the good days have come! Whether it is NALCO, EIL, HPCL, ECGC! There the SEBI had said that in these Navratnas, independent directors should be appointed and the BJP by appointing their political people in these Navratnas, have shattered all the rules. You know the result as to what will happen, whatever the independent directors of the BJP will say, the PSU will do accordingly.

They use to speak about transparency, they also use to talk about bringing different kind of governance, they also say that we do not have any principles. Now, we want to ask them on what principles did they bring down the government in Arunachal Pradesh? On what principles did you got the rebels on your side in Uttarakhand? What were those principles? Their position is such that the people of the alliance are leaving them. Now, Shiv Sena has said that we shall not fight any election with their alliance and it should be asked from them as to on what principles is their alliance based with the Akali Dal? You are watching the working of the Governor of Meghalaya, ‘entertainment plus!’ it is a matter of shame. Our Prime Minister talks of principles and till date he has filed no FIR against the Governor. We have also demanded.

Secondly, they have forgotten about demonetization. Whenever they talk about it, their MLA’s condition you are watching, in Uttar Pradesh you have seen what happened, in Uttarakhand, bullets were fired, Yashpal Arya and Maurya Sahib are afraid to go to Allahabad.

Today, I want to tell you that they would be totally uprooted during the elections. They do not have any chance in Punjab. Now, from their speeches it appears that there is no problem of drugs, the problem of drugs in Punjab is a show of the opposition, as if the youth are very happy. Friday, 27th January, 2017