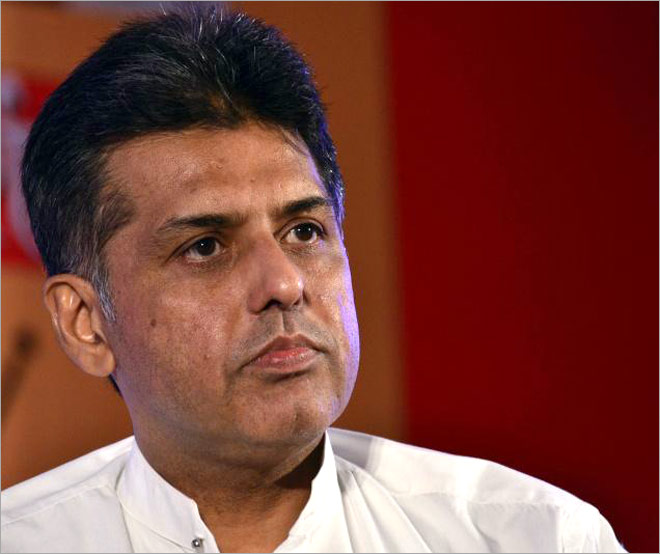 Spokesperson: Shri Manish Tewari: He said that this government in suit-boot is the government of the capitalists, the government of Prime Minister Modi is using wodern technology and is trying to throttle the poor people of India. A write up in a magazine is very sensitive also puts light on the working style of this government. By using Whatsapp and creating Whatsapp group the Rural Development Ministry is driting the state  governments that they should avoid generating the job demands in MGNREGA.

If you see the past two year’s figures, then 2015-2016 is one such year where Rural wages are coming down, in 2014-2015 the agri growth rate was () 0.2 percent and the increase in agri production in 2015-2016 was just one percent in India. I do not want to quote between UPA and NDA, but if I am not wrong then in the final years of the UPA, this increase was around 3.5 to 4 percent. So one the one side is the Modi’g government which is of the capitalists in which 56-57 people have swallowed 85 thousand crores, and the government is hiding their names from being made public and on the other is the poor people who need the government, the polices of the govenremnt to keep his body and mind intact, is trying to throttle him.

So, we want to make a demand to the government to stay away from this conspiracy to finish MGNREGA and do not try to suppress the actual demand and to fulfil whatever demand is coming from the states for the allocation which should be gaiven because the law of MGNREGA is demand based character and no effort should be made to destroy this demand based character.   Wednesday, 26th October, 2016