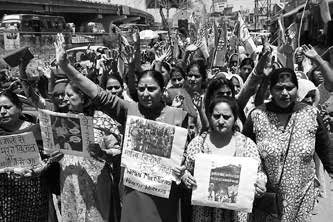 BJP led NDA Govt. has failed on all counts & is now adopting policies to choke voice of farmers, mahila’s and they have forgotten the promises made to the voters.