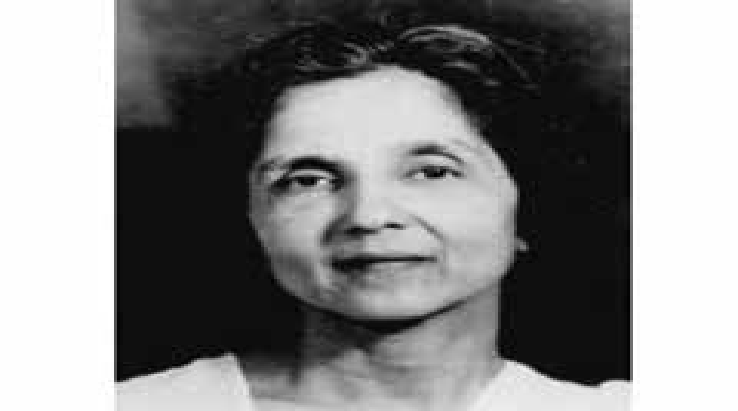 Aruna Asaf Ali born on 16 July, 1909, in Kalka (Punjab) was an Indian educator, political activist and publisher. She is widely remembered for hoisting the Indian National flag at the Gowalia Tank maidan, Bombay during a Quit India Movement in 1942. She became a member of Indian National Congress after marrying Asaf Ali and participated in public processions during the Salt Satyagraha.

In 1932, she was held prisoner at the Tihar Jail, where, she launched a hunger strike in protest of the indifferent treatment of political prisoners. Her efforts resulted in an improvement of conditions in the Tihar Jail but she was moved to Ambala and was subjected to solitary confinement. At the ending of 1942, she took part in the underground movement and was dubbed the Heroine of the 1942 movement for her bravery in the face of danger and was called Grand Old Lady of the Independence movement in her later years.

She edited Inquilab, a monthly magazine of the Congress Party, along with Ram Manohar Lohia. In 1958, she was elected the first Mayor of Delhi. She was closely associated with social activists and secularists of her era for social welfare and development in Delhi. She and Narayanan started Link publishing house and published a daily newspaper, Patriot and a weekly, Link the same year. The publications became prestigious due to the patronage of leaders such as Jawaharlal Nehru, Krishna Menon and Biju Patnaik.

She died in New Delhi on 29 July, 1996, aged 87. She was awarded India’s second highest civilian honour, the Padma Vibhushan in her lifetime in 1992, and finally the highest civilian award, the Bharat Ratna, posthumously in 1997.