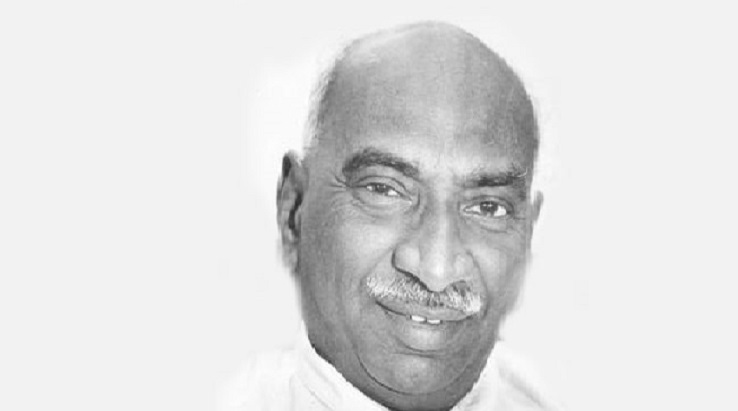 Kamaraj was born on 15 July, 1903, in Virudhunagar, Tamil Nadu, to Kumaraswami Nadar and Sivakami Ammal. His name was originally Kamatchi, later changed to Kamarajar. As a young boy, Kamaraj worked in his uncle’s provision shop and during this time, he developed an interest in prevailing political conditions by reading newspapers daily. In 1920, when he was 18, he became active in politics.

He went to jail for two years in June 1930 for participating in the ‘Salt Satyagraha’. On 13 April, 1954, Kamaraj became the Chief Minister of Madras Province. Under Kamaraj, the State made immense strides in education and trade. New schools were opened, better facilities were added to existing ones, free and compulsory education up to the eleventh standard was introduced.

During the British regime the education rate was only 7%. But after his reforms it reached 37%. Kamaraj and Bishnuram Medhi (Governor) took efforts to establish IIT Madras in 1959. Major irrigation schemes were planned in Kamaraj’s period. Industries with huge investments in crores of Rupees were started in his period.

He was widely acclaimed as the ‘kingmaker’ during the 1960s. He did not marry, did not own any property and was never tempted by power. When he died, he left behind 130 rupees, 2 pairs of sandals, 4 shirts, 4 dhotis and a few books. He died in his sleep due to a heart attack, on Gandhi Jayanti day (2 October 1975), aged 72. He is widely acknowledged as ‘Kalvi Thanthai’ (Father of Education) in Tamil Nadu.