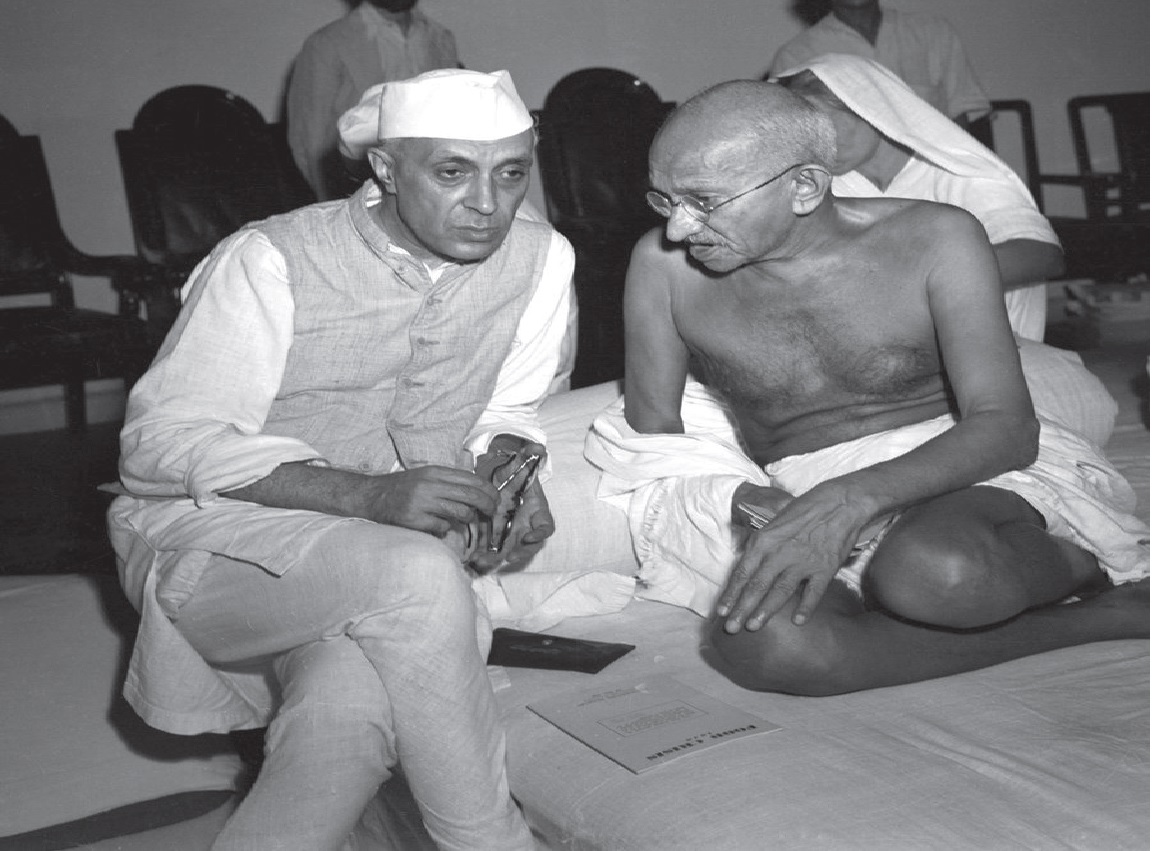 “In bravery, he is not to be surpassed. Who can excel him in the love of country? He is rash and impetuous, say some — and if he has the dash and rashness of a warrior, he also has the prudence of a statesman — he is pure as a crystal, he is truthful beyond suspicion. He is a knight sans peur, sans reproche – the nation is safe in his hands.”

So spoke Mahatma Gandhi on October 3, 1929, soon after forty-year-old Jawaharlal Nehru was elected President of the Indian National Congress (INC) scheduled to be held at Lahore two months later. Only two months earlier the Mahatma had issued a statement, on August 1, 1929 saying that “those who know the relations that subsist between Jawaharlal and me know that his being in the chair is as good as my being in it. We may have intellectual differences, but are hearts are one...”

Ten provincial committees (akin to pradesh Congress committees of today) had proposed Gandhiji’s name for the Lahore’s session to succeed Pt. Motilal Nehru, the outgoing President who had presided over the Calcutta (now Kolkata) session in 1928. Amongst the top leaders to share the overwhelming view of the Congress were C. Rajgopalachari (CR) and Vallabhbhai Patel, who himself was recommended by Congress committees of five provinces. Though Jawaharlal was recommended by only three provincial committees, the Mahatma decided in his favour, and had enough reasons to do so. Rajmohan Gandhi, the grandson of Gandhiji, explains in his biography of Patel that “he (Mahatma) reckoned, firstly, that Nehru would rally young men and women. Secondly, he hoped that ‘responsibility will mellow and sober the youth... thirdly, he was confident.. that Jawaharlal would abide by his views... there were other reasons... following the December 1928 ‘parting of the ways’ of which Jinnah had spoken, many Muslims had ended their links with the Congress, and Jawaharlal seemed more likely than Vallabhbhai to re-attract some of them... Also Gandhi hoped that young radicals tempted by Communist ideas would remain with the Congress if Jawaharlal became President, and that the move might simultaneously help ‘to wear Nehru himself from the drift to the far left’.”

But Jawaharlal was not too happy with the manner in which he was chosen and would recall later: “I have seldom felt quite so annoyed and humiliated.. It was not that I was not sensible of the honour... but I didn’t come to it by the main entrance or even a side entrance. I appeared suddenly by a trap door and bewildered the audience into acceptance.” Earlier, when he had come to know that Gandhiji was proposing his name for the Presidenship, the young Jawahar, on 21 August, sent him a telegram: “Beg of you not to press my name for presidentship. “But the Mahatma, for reasons known only to himself, had made up this mind. As leader of the struggle for independence, he was aware that Jawaharlal was the most appropriate choice for the next phase of the freedom struggle which will give a call for Purna Swaraj (complete independence).

On the night of December 29, Jawaharlal Nehru unfurled the flag of free India on the banks of Ravi and declared: “The flag under which you stand today and which you have just now saluted does not belong to any community... all those who stand today under this flag are Indians, not Hindus, not Muslims, but Indians...” Two days later, on January 2, 1930, the new Congress Working Committee (CWC) of Jawaharlal sanctioned Gandhi’s plan of giving freedom to (then) 30 crore Indians on a day which was declared as Independence Day: 26 January 1930. But as ultimately India became free on August 15, 1947, a date personally chosen by the last Viceroy, Earl Mountbatten, January 26 was selected as the Republic Day in 1950 when India adopted its own Constitution and became a full fledged Republic.

Twice later, in 1936 and 1946, Gandhi preferred Nehru over Patel for Congress presidentship. The reasons were not too different from 1929. In 1936, it was CR who was thought to be the right choice. Despite his seniority and being from south India which had not got a chance in post – Gandhi Congress, CR turned down the offer, but recommended Jawaharlal Nehru. Gandhi informed Patel who, despite wanting Rajaji, was aware of Jawaharlal qualities which he made public in the Nehru’s home town Allahabad in mid 1935, when Jawaharlal was in jail: “No one has rendered as much service to the peasants as Pandit Jawaharlal ji and his sick wife have. For your sakes he has sacrificed a life of comfort and readily shared your troubles. Your poverty infuriates him. How can we move a step without his help.”

Before the installation of the Interim Government in September 1946, Mahatma Gandhi again indicated his preference for Jawaharlal. Maulana Azad, who had been the Congress president for six years since Ramgarh session of INC in 1940, was keen to get re-elected. But the Mahatma prevailed upon Azad to step down and the CWC proposed Jawaharlal’s name. It was clear that Azad’s successor would be designated Vice President of the Interim Government, and thus the defacto Prime Minister.

So why did Gandhi chose Nehru over Patel in 1929, 1936 and specially in 1946 when it was obvious that the Congress president will be the India’s first Prime Minister. The answer is best provided by Rajmohan Gandhi in his famous book, The Good Boatman “...the debate focuses too narrowly on the choice of the Congress President in the summer of 1946, overlooking that the succession in Nehru’s favour had been settled and announced much earlier, and more than once. It also overlooks the crucial age factor as well as Patel’s own sense of the soundness of Gandhi’s decision. In November 1948 he had said: ‘Mahatma Gandhi named Pandit Nehru as his heir and successor. Since Gandhiji’s death we have realized that our leader’s judgment was correct’ (Patel: 490). Human as he was, and undoubtedly hurt by Gandhi’s preference, Vallabhbhai was yet big enough to speak in such terms, and also to say to the American journalist Vincent Sheean, with reference to a huge crowd that had surrounded him and Nehru in Bombay (now Mumbai): ‘They come for Jawahar, Not for me’ (Patel: 490).”

The hidden agenda behind putting up the huge statue of a Patel in his home state is atleast not hidden from the historians and intelligentsia. The Sangh Parivar wrongly feel that Sardar Patel was wronged, that he deserved to be the Prime Minister. This view has been held by them since 1947. But since they didn’t participate in the freedom struggle nor have they read its history, they don’t realise they are wrong. By questioning Nehru’s choice as the first Prime Minister, they are questioning not only the wisdom of Mahatma Gandhi, but also of Patel who, like all stalwarts of the Gandhi era, had accepted Nehru as the unquestioned leader of free India. Less than two decades later, an year after Nehru’s demise, the then philosopher President Dr. S. Radhakrishnan called Nehru ‘the greatest Indian after Gandhi’, which he is not for those who have been deeply influenced by the saffron version of history.