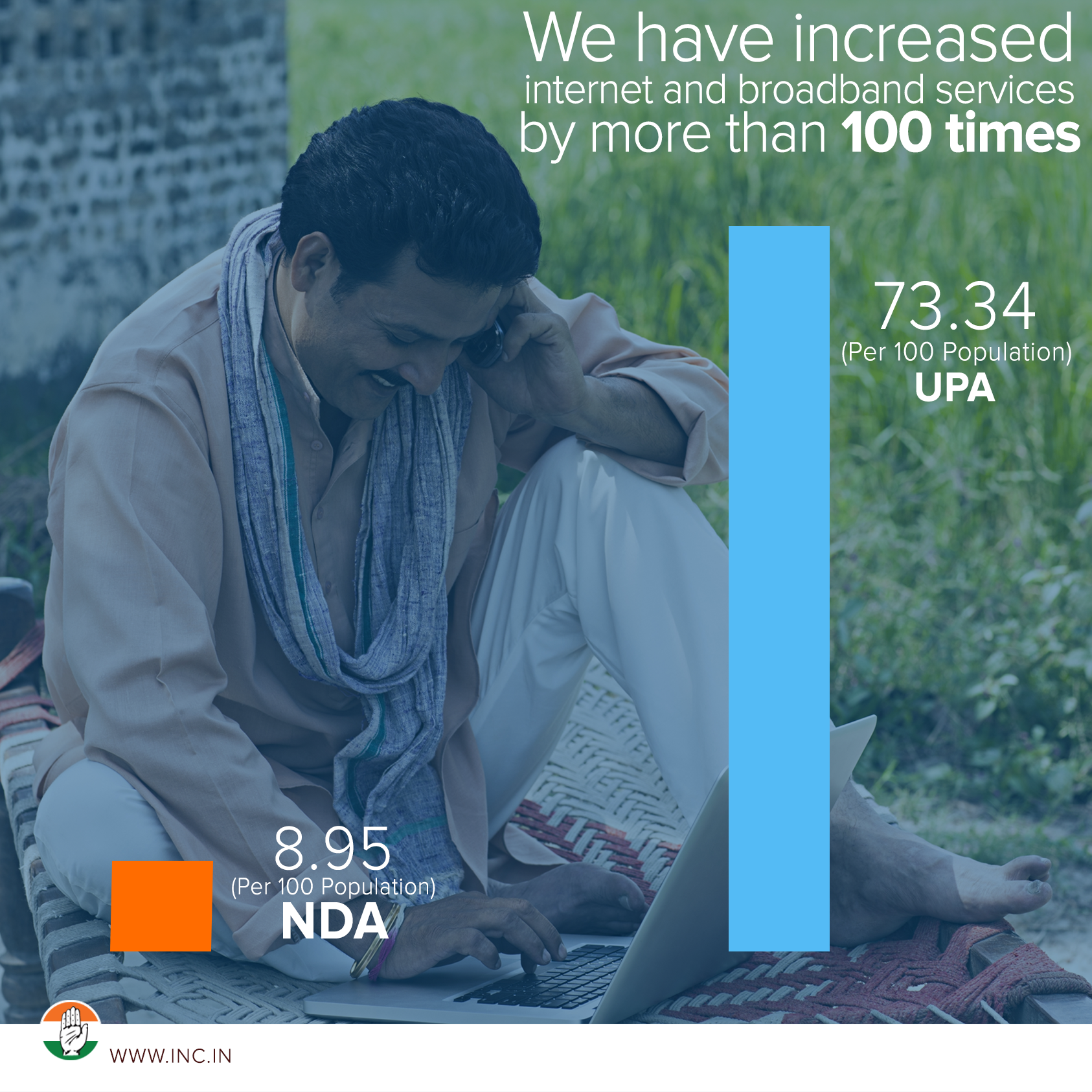 Strong economies need strong infrastructure. We needed phone lines to connect opportunities, airports to take our entrepreneurs where their business takes them, roads to bring in raw materials, power to produce and ports to take our products to the world.

The last 10 years have seen us build the world's best airports, the widest roads, almost double our power generation capacity and we are now more connected with the world, more than ever before.

India became the global back-office, our services sector contributes more than half of our GDP. The inauguration of the phase-I of the 1,483 kms long Delhi-Mumbai Industrial Corridor (DMIC) is going to put India on the global map as a manufacturing hub.

Over 180 million people are expected to benefit from the project, which connects India's political and financial capital.

So what has been the Congress-led UPA' score-card on the infrastructure sector:

Indian Railways is like the blood-stream that keeps India running. Today, the Railways carry 8,224 million people annually. Goods carried by Railways have doubled to more than 1 billion tonnes a year. When we took over, Railways' revenue from goods was Rs. 2,74,032 million. In 2011-12 it touched Rs. 6,77,614 million.

Roads don't just connect places, they open up opportunities. More than 2 lakh kms of new roads have been added to the rural network and over 17,394 kms of highways have been built or upgraded in the last 9 years, which is over three times the work done during the NDA's tenure.

As a result of changes like these, connectivity in rural areas has increased significantly, helping farmers get better returns for their products and bringing access to previously isolated communities.

Telephones connect people and also connect them to a world of new opportunities. During the last decade, telephone density in rural areas increased by over 26 times. Today, India has one of the lowest telecom tariffs in the world. Even those who cannot afford private phones have access to village telephony.

Per capita consumption of electricity has gone up from 559 kWh in 2002 to 813 KWh in 2011. Power generation from renewable resources and nuclear energy has reached record levels.

A private airline launched its services with the tagline ' 'Anyone can fly.' Simply put, we just made that possible. Not just business honchos, even everyday businessmen can fly to their destinations now.

Currently, India is the 9th largest aviation market handling 121 million domestic, and 41 million international passengers. We have modernized airports and increased availability of skilled personnel in the sector.

The world looks at India as the land of endless opportunities. We believe that for that to happen, we need to connect our people, take them to places were the opportunities are and then provide them the enabling infrastructure that would make their dreams come true.

India is a land of a billion dreams. Everyday, we take steps to make them come true.