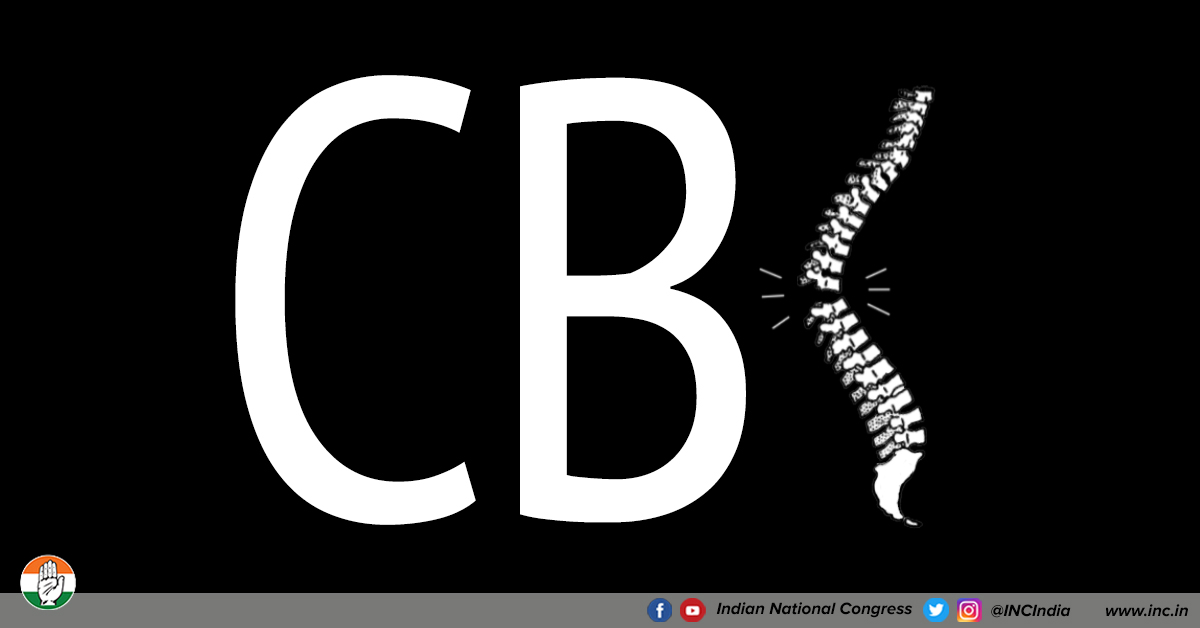 The BJP regime has virtually unleashed mayhem and has brought the country to the fringe of anarchy with its unconstitutional actions and blatant abuse of power. The Modi government’s recent assault on another institution- this time the CBI- is merely a manifestation of the government’s repeated attempts at subversion of democracy and to tear through the fabric of constitutionalism.

The CBI director’s removal overnight had all the trappings of a midnight coup including the arbitrary exercise of power by a government which finds itself cornered and threatened. It was not a fair attempt to deal with an unseemly situation, as is claimed by the BJP, but an obvious partisan exercise to protect one officer, Rakesh Asthana who is termed frequently as the PM’s ‘blue-eyed boy’, and to neutralise the agency chief Alok Verma, who has been investigating several ‘politically sensitive cases’. Putting it simply, this unprecedented move by the government is a desperate attempt to cover up the string of corruption cases it finds itself implicated in and to destroy evidence, as the Congress President highlights.

While Alok Verma’s fallout with the PM and the government began when he opposed the elevation of PM’s personal favourite- Asthana, the final straw was evidently when he took cognisance of the complaint filed by Prashant Bhushan and Arun Shourie against the Rafale scam. His direction seeking important papers from the Defence Ministry regarding the Rafale deal sent the top brass of the BJP government scurrying into a damage control mode, who saw removing Verma as the only option to protect their interest and the interest of their capitalist friend. Interestingly, a CBI director has only been removed from his position twice before and both the times it was a BJP government at power and and both the times, to protect a member of the Ambani family.

In the last few years, this government has given legitimacy to extra judicial trials in the form of raids by the ED, CBI and IB and has politicised institutions that were designed to be independent of the executive control. The fact that it has used IB officials to spy on Verma shows the extent of infiltration by the government into these institutions. It is also clear that the government will do everything possible to continue to use the agency as a handmaiden and that explains why it perceives it to be so necessary to have its ‘own people’ inside these institutions.

The Modi government has completely lost its credibility. CBI, much like the other institutions that the BJP has attempted to manipulate, now finds itself with its back broken, powerless in the face of a sustained political campaign to reduce the institution into a mere puppet of the PM and his stooges. It is pertinent that the people of the country rise up to resist this direct affront on our democracy.