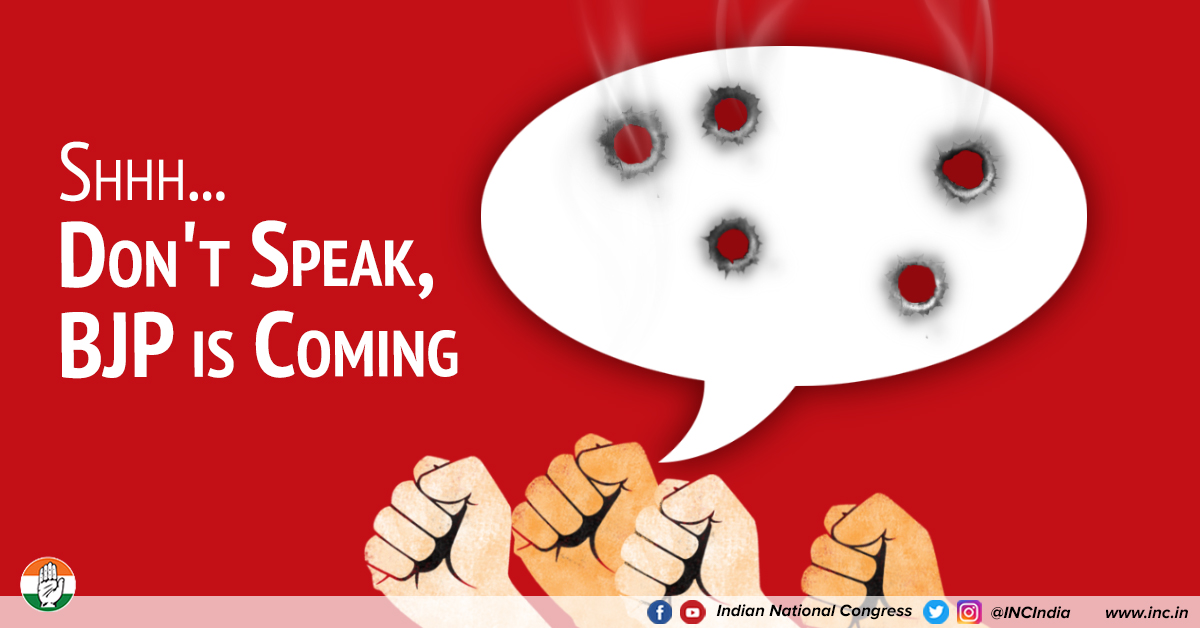 The New Year doesn’t bring any relief to the thousands of people peacefully protesting in the biting cold across the country. The fight against the undemocratic, discriminatory Citizenship Amendment Act (CAA) carries on with intense passion to maintain the integrity of a secular India. While the entire nation has stood together in solidarity against the CAA and the National Register of Citizens (NRC), the state of Uttar Pradesh has suffered a worse fate than any other. They have been under a reign of terror with a recorded 19 deaths out of the total 25 deaths country-wide, in a span of 2 weeks due to police firing in the state.

The UP government is engaging in unlawful as well as lethal strategies to intimidate the protestors. The police are targeting and harassing all the people that are voicing their dissent against the CAA and NRC. The draconian invocation of Section 144 which bans public gathering doesn’t scare the people of the most populous state who came out in several districts and continued to organise protests that were met with clashes with the police and unprecedented violence. Even though the police claim that the protesters were the ones who initiated the violence, there have been multiple reports and videos that prove otherwise. The police didn’t only lathi charge peaceful crowds, but also resorted to the use of tear-gas and bullets. They forcefully entered people’s homes, educational institutes & places of worship and vandalised private property. Here are some examples that show the wrath of the police against innocent people in UP.

Among the 19 who have been brutally killed in UP is an 8-year-old boy who was killed amidst a large crowd who was being lathi charged by the police in Varanasi. Similarly, a total of five people have been killed in Meerut, which included a 17-year-old boy who was shot in the spine with a pellet gun. There have been several allegations that the police fired at and picked up people who weren’t even part of the peaceful protest, like Mohammed Suleman, who was 20 years of age. His family claimed that the police picked him up when he was on his way to give his Friday afternoon prayers. His body was later found in another neighbourhood with a gunshot wound in his stomach. In Nagina town in Bijnor, the police arrested more than 100 people alleging that they were responsible for the violence. Out of these, there were five minors, the youngest of whom was 13-years-old. The minors claimed that they, along with the others they were detained with, were violently abused while they were in police custody for 48 hours.

Moreover, it has been found that the Firozabad police issued notices under sections 107 and 116 (CrPC) to a man named Banne Khan of Kotla accusing him of being involved with the protests- he died six years ago. Notices have also been issued to Fasahat Mir Khan and Sufi Ansari Hussain, who are almost 90-years-old and are in no condition to protest, let alone do it violently. This clearly shows that the police is out to get anybody, and has falsely reported several incidents, accusing people who couldn’t have possibly been part of any kind of protest.

Such instances and eyewitness reports have proven that the police crackdown and the atrocities in Uttar Pradesh on peaceful protestors are undemocratic and unlawful. Not only have the people’s fundamental rights been snatched, they have been subjected to a degree of violence that should never be seen in a civilised society. Today we have a Chief Minister who promises to take revenge on his citizens and a Prime Minister & Home Minister who are more interested in burning buses than dying children. What kind of govt. plots to take revenge on their own citizens? Is this the Bharat Mata that Modi & the BJP believe in? Because if so, then they are sorely mistaken. No mother would enact revenge on her own children, no mother would brutalise her children for asking her questions, no mother would ask her children proof of being her own. The govt needs to seriously introspect on what they are doing to our nation.

At the same time, we as a nation must ask ourselves, will we allow this diverse, plural, secular democracy to be turned into a totalitarian regime, run by violent bigots, hell bent on destroying the foundation & values of Bharat Mata.