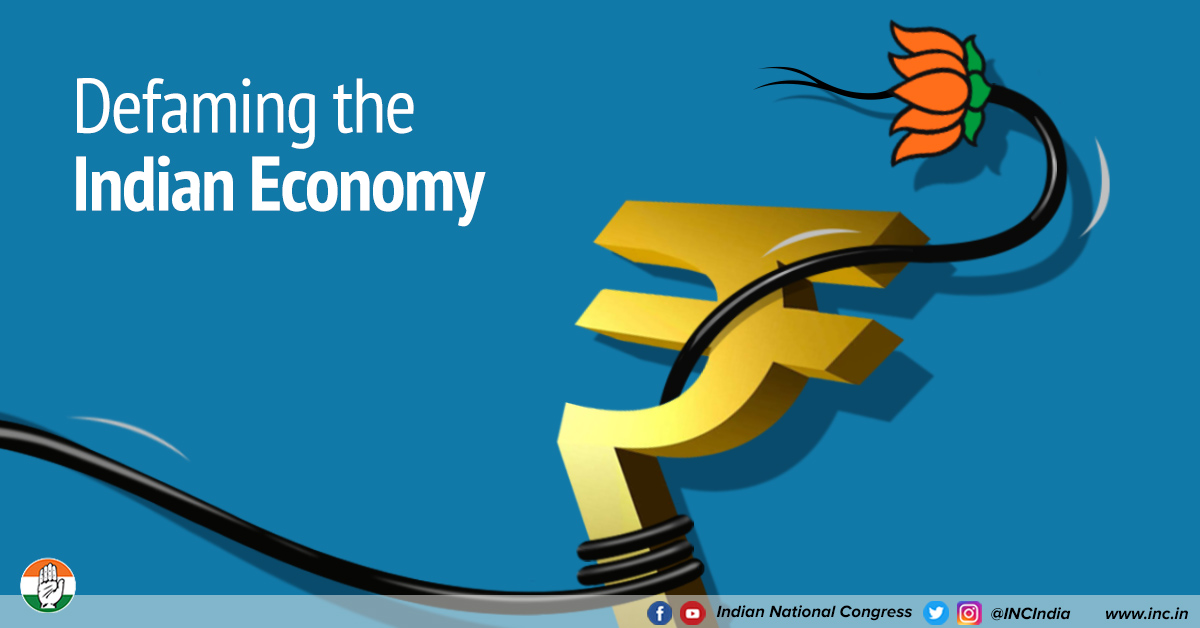 From the many false promises that the Bhartiya Janta Party (BJP) made before coming to power in 2014, the promise to accelerate the economy failed the people of India more than any other. While the BJP continues to embarrass India on the international sphere, their failure has extended from societal to economical.

As we see the Indian economy stumbling down a steep slope coupled with a credit crisis, the country, which was once capable of challenging, if not surpassing, major economies like China and the USA, has become one of the has-beens. The International Monetary Fund (IMF) reduced its forecast of India’s economic growth to 4.8% for this fiscal year due to the catastrophe in the non-banking financial sector, increased unemployment rate and weak rural demand. The IMF also slashed part of the world’s growth estimate, blaming the slowdown in India. The once progressive economy has undergone a humbling turn with lost fortunes and global liability. Let’s take a look at what led to this.

While we can’t get into the nitty-gritty’s of every bad economic decision that the government has taken, we have to look at the two biggest mistakes the government has made in the last 6 years; demonetization and GST. While the BJP government may believe them to be amongst their biggest accomplishments, their direct effects prove otherwise.

Demonetization was a major failure, which not only disrupted the supply chain, but also had adverse impacts on the Indian economy. A major portion of the growth recession and the economic slowdown is a direct result of it. The Reserve Bank of India reported that almost all the money in circulation in the country was deposited back to the banks, meaning that the long, unnecessary and the tedious exercise of demonetization hardly had any impact on black money. Moreover, it negatively impacted small and medium scale businesses, and farmers, and further halted the real estate market.  Non-Banking Financial Companies also drastically suffered. As if the cash flow hadn’t already been disrupted, eight months later, the goods and services tax rolled in. It not only created panic amongst small business owners, but also made it a cumbersome process for them. The importance placed on non-cash transactions was another factor that impacted their businesses. And now, the government has informed states that they haven’t earned as much money as they expected through GST, and so, they can’t compensate them according to the GST Act.

Adding some statistics and figures to the mix, demonetization led to a loss of 1.1Cr jobs in 2018. Unemployment is at a 45 year high, with 8.5% Indians with no jobs, as compared to the 2.2% in 2011-12, under the UPA government. Moreover, the GDP growth is at a 6-year low, which has been declining since the past 5 quarters. But the most adverse effect can be seen in consumer spending, which is at a 40-year low. This means that purchase of everyday items that people spend on to fulfil their everyday needs have declined, further meaning that people’s ability to spend and their quality of life has been reduced.

The BJP has continued to ignore the inescapable problems that the country is facing, especially regarding the economy. While it has been evident that the ruling party isn’t an expert on the economy, they’re also unwilling to take advice from leading professionals in the field, vis-à-vis implementation of GST and demonetization. The ruling party has failed to address the public regarding the slowdown of the economy, and the worst state of affairs that this generation has seen. Failing to address the people implies failure to be accountable of the problems that the general public is facing. The question arises, does the BJP care about the economy or are they just incapable of fixing it?

The need of the hour is to put money into people’s pockets, all the people, not just those of the Ambani and Adani groups. Stop making the rich richer on the shoulders of the middle-class and the poor. It is a sad fact that while Adani’s assets grew by 5000% since 2014, the GDP growth declined by 4.5% and 1.1Cr people lost their jobs. The people remember Modi ji, and the people matter.