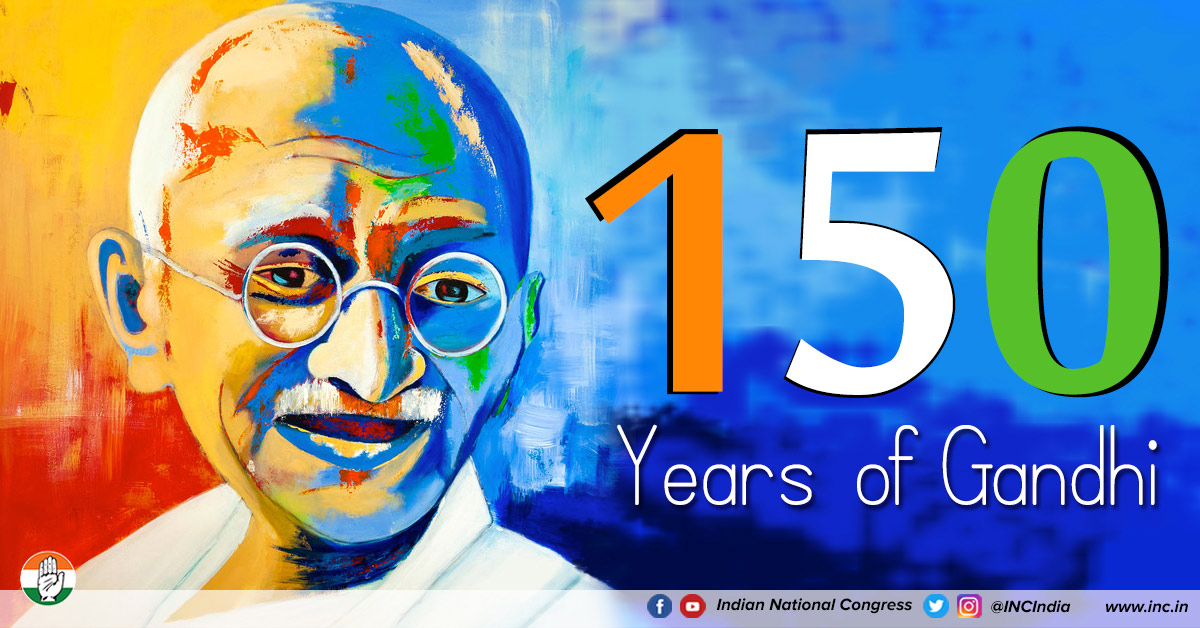 One can write in lengths and breadths about the greatness of the Mahatma. One can write poetry in his praise or create statues in his honour. On 5th October, 1945, in his letter to Jawaharlal Nehru, Bapu writes “We both live for the cause of India’s freedom and we would both gladly die for it. We’re not in need of the world’s praise. Whether we get praise or blame is immaterial to us. There is no room for praise in this service.” So on his 150th birth anniversary, it is important to ask, how do we honour Bapu? How can the country that gained independence steered by the ideas of this very man, do justice to him?

Read this story in English

For Bapu, his existence was his mode of revolution. He believed in creating an ethical self and more importantly a non-violent self. To live in peace with love and brotherhood was Mahatma Gandhi’s greatest vision. When Britishers colonised India and began the rampage of the nation on divisive lines, Bapu identified hate as the weapon of the oppressors. He conceptualised Satyagraha, the battle for truth through the path of ahimsa. Ahimsa, for Bapu, was not cowardice or timidity, rather it exemplified courage and resoluteness to fight a moral battle. More importantly, ahimsa reflected an ocean of compassion and love. Love, for Bapu, was the only way to conquer hate and violence. Love, for Bapu, was an active moral choice and the only path to reach truth. The strength of Bapu’s love for all irrespective of their caste, creed or religion was what united India and ousted out the Britishers.

Bapu never shied away from engaging in the most difficult questions. To engage peacefully with oneself and others was Bapu’s path to reach truth. He understood the self as an evolving being, learning, understanding and changing oneself in order to reach the truth. The battle for truth is what motivated him to fight racial discrimination as a young lawyer in South Africa and spend the rest of his life fighting the Britishers. Bapu said, "You can chain me, you can torture me, you can even destroy this body, but you will never imprison my mind."

Along with Independence, what India gained by choosing the path of Bapu, was dignity and respect. The ideas of Bapu resonated around the world and the world admired the resoluteness of Indians who followed the Mahatma. At the time of independence, India might have been a poor nation, but it was a nation that made a choice to fight the colonialists who looted and ravaged their country, with love and unity. But alas, Bapu was assassinated on 30th January 1948. But as the proverb goes, “They tried to bury us, but they didn’t know we were seeds.” The assassins may have thought they killed Gandhi but India will never let the spirit of Gandhi die.

As we celebrate the 150th birth anniversary of Bapu, it is time to reflect on where the nation stands today. The venom of hate is spreading and the lines of truth are being blurred. Bapu would want us to not dwell in the past, but rather learn from it to look forward. The only way by which India can honour Bapu’s memory is by embracing his ideals and fighting the battle for truth. India cannot let go of what defines her. India cannot let go of Bapu. As Bapu says, “We may stumble and fall but shall rise again; it should be enough if we did not run away from the battle." The Congress Party promises to continue to fight for truth, choosing love over hate.