Indira Awaas Yojana: Everything you need to know 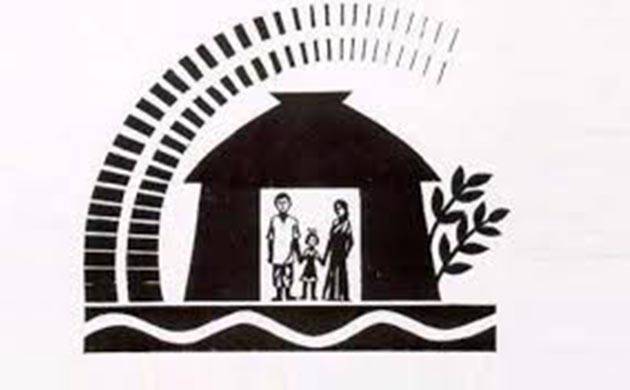 Indira Awaas Yojana: Everything you need to know

What is Indira Awaas Yojana?

The government in 1985 under the leadership on Rajiv Gandhi Introduced a public housing scheme that is popularly known as the Indira Awaas Yojana. This programme happened to fall under a larger scheme called the RLEGP which was the official acronym Rural Landless Employment Guarantee Programme. This scheme was run under the Ministry of Rural Development where the primary objective was to provide housing for the roofless. This programme particularly targeted the free bonded labourers under the below poverty line (BPL) and the population falling in the Scheduled Castes and Scheduled Tribes categories where it intended to address the housing issues and eventually construct residences. The year 1996 saw the Indira Awas Yojana become and independent scheme that fell under the Ministry of Rural Development.  Though the central idea of the scheme was to provide housing for all, it also aimed at eradication of rural poverty along with the alleviation of the general living standards of the rural population by providing them with various development programs.

Why was it important to the Nation?

Indira Awaas Yojana was paramount to the Nation for the main reason of providing rural housing. Prior to this housing program, there were other housing schemes under the government. However, unlike the Indira Awaas Yojana, these schemes were not uniform and that some schemes provided the entire housing whereas others provided only the expenses for the construction. For the India Awaas Yojana, the funds were the responsibility of both the State government and the Central government. The distribution of the contributions of the funds from the Central government and the State government were in the ratio of 75:25. The exceptions to this proportion were Sikkim and the North-Eastern States. For these states, the Centre-State funds were to be provided in the ratio of 90:10. Initially, a family who had been categorized as one under the below poverty line used to get an amount of Rs. 48,500 for the construction of a house in a hilly terrain and Rs. 45,000 for the construction if a house in the plain region. Later

on, from April 1, 2013, these corresponding amounts were increased to Rs. 75,000 and Rs. 70,000 respectively. The provision of availing loans by the beneficiaries was also included. The recipients of this scheme could avail a loan of Rs. 20,000 for erecting a house that was marked by an interest of 4% payable annually. The Indira Awaas Yojana also covered provisions that would allow the upgradation of a kuccha house to a pakka house.

build, then the State Government has the right to withdraw the funding of the construction of the house from that beneficiary.

The Indira Awaas Yojana aims to support the construction of the houses for the poor in rural societies. The primary groups of households that fall under this program are the ones identified as Below Poverty Line (BPL) by the Gram Sabha of that respective locality. However, this scheme is not only restricted to the aforementioned category of classification. It is also open to people with disabilities and handicaps, matriarchal households, ex-service persons, the individuals falling in the Scheduled Caste and Scheduled Tribe categories, free bonded labourers, the widows and the next-of-kin to defense personnel and/or paramilitary personnel killed in action and individuals from the marginalized sections of the society among the others.

The benefits of the Indira Awaas Yojana are as follows:

All the projects under this scheme strive for the demonstration and application of new technologies where there is importance given to eco-friendly sustainable methods of development. The Indira Awaas Yojana seeks to rehabilitate rural families categorized under the Below Poverty Line if affected by problems of law and order and violence. The rehabilitation is also applicable if the rural families are affected by natural disasters such as floods, cyclones etc. One of the main projects taken by this scheme is to provide settlement to the free bonded labourers and manual scavengers and to the vulnerable tribal groups. The people that have been adversely affected because of their working environments to exposure from asbestos, pesticides, silicosis etc. also fall in the rehabilitation efforts of this scheme. The program focuses on settlement of families that are included under the “The Scheduled Tribes and Other Traditional Forest Dwellers Act, 2006” with those who have been relocated along the international borders.

Reasons why the Indira Awaas Yojana was renamed

The Modi Government renamed the Indira Awaas Yojana as Pradhan Mantri Awaas Yojana. Though the Modi government did not cite specific reasons for the change in the nomenclature of this scheme, the critics have lashed out to by saying that it is another attempt by the BJP government to disassociate the success that Indira Awaas yojana had ushered over the years with respect to the Gandhi family. The Modi government projected this new scheme with promises of overhauling and improving the existing policy of constructing houses. However, there has been a steep decline in the progress of erecting houses for the poor under the Modi regime. There is an underwhelming record of the construction of only 9.80 lakh housed as opposed to the target of 25.19lakh houses in the Financial Year of 2015.