Loans Worth ₹2.41 Lakh Crore to Corporate Bodies Waived Off 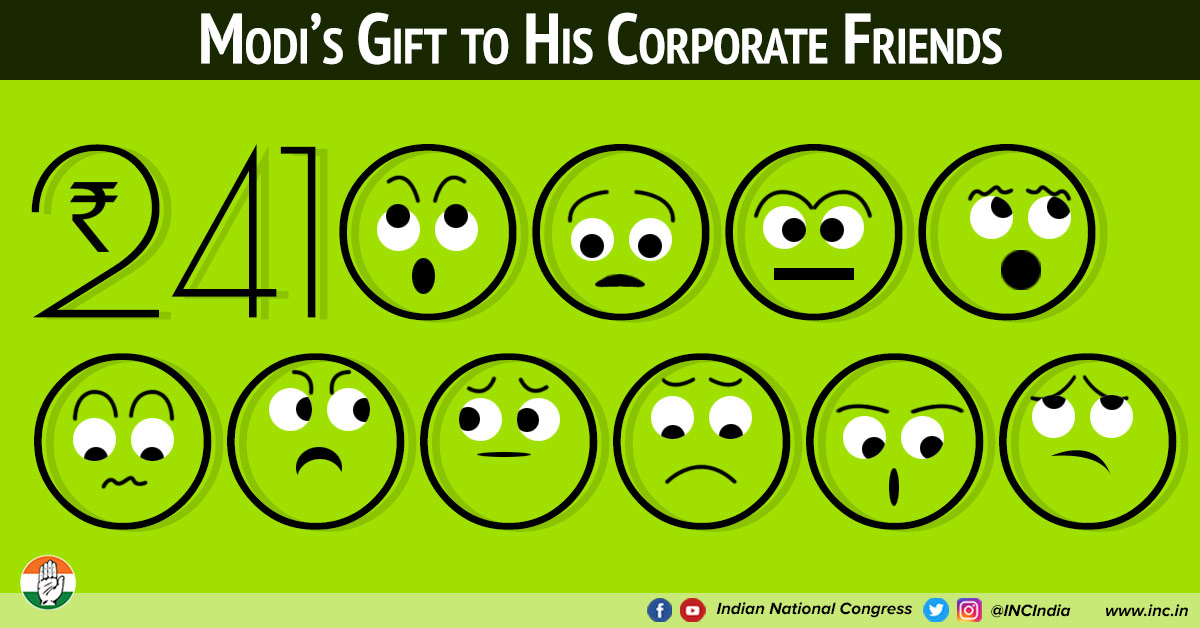 Loans Worth ₹2.41 Lakh Crore to Corporate Bodies Waived Off

With a Nirav Modi-Mehul Choksi star cast, rampant bank defaults, corporate lobbying, dismal loan growth, and on-the-loose fraudsters have been the blockbuster movies coming out of the BJP production house. This has left the Indian economy in the complete doldrums.

Though this situation became public only in the last year, what is worrying is that it has been in the making since 2014. In a written reply to a question in the Rajya Sabha, the Modi government said that between 2014 and September 2017, public sector banks had written off ₹2.41 Lakh Crore worth of loans to corporate bodies. Was this, perhaps, an immediate thank you gift to corporate friends from the then-newly-appointed PM Narendra Modi?

After the Reserve Bank directive which asked banks to initiate insolvency proceedings in the case of 12 corporate bodies with outstanding loans of over ₹5000 Crore each and with at least 60% of it declared non-performing assets, private-state lobbying to maintain solvency clearly has been the name of the game.

When asked to reveal the defaulters' names in Rajya Sabha, the Modi government stonewalled and hid behind section 45-E of the Reserve Bank of India Act which prohibits RBI from disclosing credit information given by banks.

The irony remains in the fact that this disclosure came on a day when social media was buzzing about the Piyush Goyal Ghotala in which the defaulting company that owes the public Rs 651.87 Cr has close relations with our Railway Minister. With skeletons coming out of the government's closet every day, no matter how much our ‘chowkidar’ tries to protect his world of crony capitalism, the much-touted phrase of PM Modi seems to now sound like ‘Khoob Khaaunga, aur Khoob Khilaunga’.