Our Teachers, Our Leaders 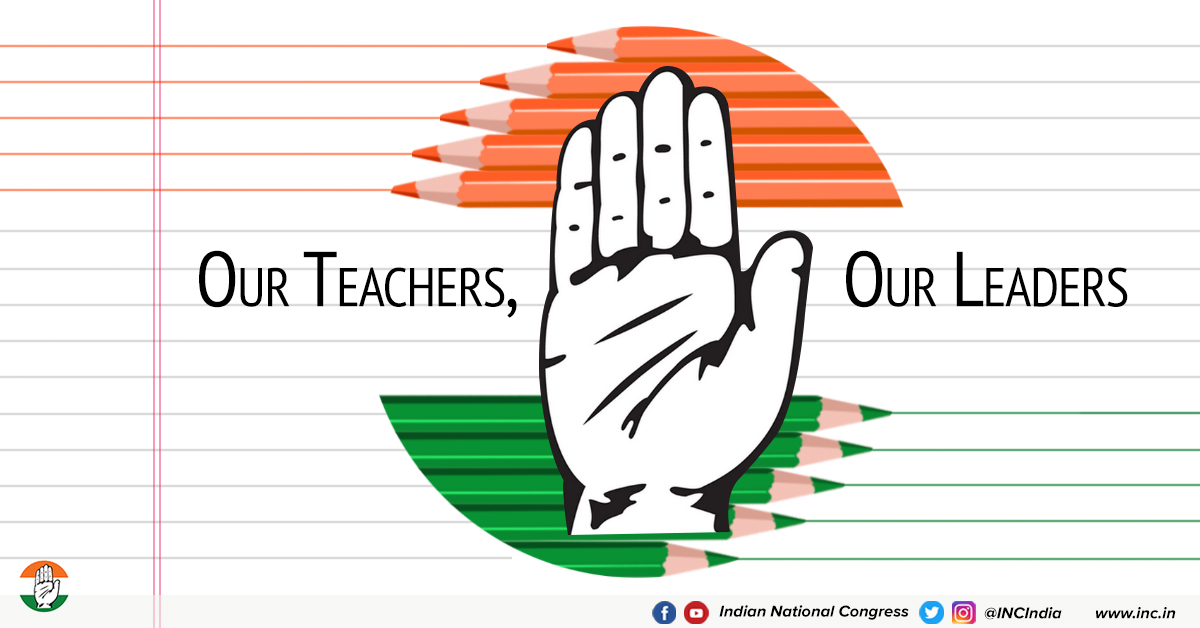 Our Teachers, Our Leaders

Teaching is not just a profession, it’s a passion, a zeal, a yearning for a better world. In a world that is composed of ups and, mostly, downs, a good teacher can instil hope – which tackles the gravest thought at the darkest hour, kindles the imagination – which helps us perceive an image of a better world, and instil the desire to learn – which helps us grow. Therefore, we believe that of all the jobs around, teaching is the toughest, and the one with the most responsibility. Maybe, this is the reason why former President A. P. J. Abdul Kalam said, “Teaching is a very noble profession that shapes the character, calibre, and future of an individual. If the people remember me as a good teacher, that will be the biggest honour for me.”

In our country, there is a rich tradition of holding the utmost respect and regards for our Gurus, or teachers. One of the reasons why teachers command such respect in our culture is due the fact that our nation has produced some remarkable teachers. From Chanakya to Prof. Amartya Sen, from Aryabhata to Prof. C. V. Raman, and innumerable other cases. Hence, when friends and students urged Dr. Radhakrishnan to celebrate his birthday, he urged the people to celebrate as teacher’s day instead – to mark the respect and honour for all teachers, and since, 5th of September is remembered as Teacher’s day.

The Congress has a rich history and invaluable tradition when it comes to teachers. Some of the most famous Congress leaders, who have also played their indispensable roles as teachers are: Bal Gangadhar Tilak, who emphasised on cultural education and was part of setting up of Deccan Education Society, which later established Fergusson College – where he taught Mathematics; Gopal Krishna Gokhale, who established the Servants of India Society to specifically further the cause of promoting education in India; Bipin Chandra Pal, who is known as the ‘Father of Revolutionary Thought’; Dr. Rajendra Prasad, who started as professor of English at Langat Singh College in Muzaffarpur and later went on to become its principal; Abul Kalam Azad – the first Education Minister of India, who was one of the founding members of Jamia Millia Islamia university and is credited with the establishment of IITs and UGC; and last but not the least, Dr. Manmohan Singh, who was a Professor of International Trade at Delhi School of Economics; among others. More so, this rich tradition of teachers being the leading light is not just limited to the Congress, but through the Congress it has also reflected in the India polity. The position President of India – which is the guiding light for not just for the Indian polity, but also the nation as a whole – has been deservedly, on many instances, held by teachers. The first three Presidents of India – Dr. Rajendra Prasad, Dr. Sarvepalli Radhakrishnan, and Dr. Zakir Hussain – were all teachers and contributed enormously to Indian education.

However, teaching and learning is not an activity that is just limited to knowledge and values imparted within the confines of a classroom, it is about passion and zeal to impart knowledge in yearn and hope of a better world, and an appropriate example of such a teacher and student is Pandit Jawaharlal Nehru and his daughter, Indira, respectively. Few instances of Pandit Nehru’s teaching can be found in the 196 letters that he wrote to his daughter Indira from various prisons between 1930-33. Pandit Nehru was an internationalist in nature and that is reflected in his letters to his daughters, where he intends to introduce her to world history. Here is a father who – in his capacity as a teacher –intends to build a future through his daughter, Indira. After all, this is what teaching is about. It is not just about facts and knowledge, but it is also about sharing of experiences – of both good and bad, of both successes and failures. Therefore, we – the Indian National Congress –  in our capacity as the oldest and most successful political party, learning from our rich history, are duty-bound to impart the values that led to success of the freedom struggle and, later, to a successful nation-building. Unless and until we learn the values and spirit with which the foundation of the country was laid, how can we aim to improve upon it? Therefore, here is a tribute to all the teachers, of not just India but the whole world, who made the world a better place.