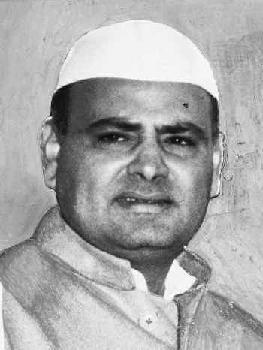 The legacy of Feroze Gandhi is a tacit one, much like the man himself, for it is not spoken about but felt by all of us. Tactile, it remains hardwired into this party's culture, its durability a fitting tribute to the man himself, the master mechanic. Feroze Gandhi's hands on approach lay the scaffolding of a political culture where the intellect is as much a function of experience gathered from deep interaction with India's people and realities as it is a matter of education and description.

Feroze Gandhi spent hours sharing his love for mechanics and tinkering with his son, Rajiv, who would later on be father in his own right to the India's technological revolution. From endless games of meccano and do it yourself auto repair to hauling homemade converters to Amitabh Bachchan's house to make a foreign radiogram work, Feroze honed in our future Prime Minister a systematic attention to detail, a progressive attitude towards technology and the dignity of labour.

It is little wonder that Rajiv who derived great pleasure from working on cars shoulder to shoulder with his mechanic Arjun Dass, would be early adopter of technology that would transform India, even composing his letters to leaders like Gorbachev on his very own laptop in the 1980s. The equality and respect for technical prowess inculcated by his father made the technofile the proliferator of India's telecom and IT revolutions.

Feroze eschewed indulgences for simplicity as he believed it kept the impulse to invent alive. He believed those who could work with their hands would never starve and rejected the mai baap sarkar in favour of building an innovative engine that would allow India to self-actualise her way out of poverty and be self-sufficient.

Side by side, Feroze's lessons on working with people from all stratas of society to achieve shared goals built within Rajiv and Rahul after him a resistance to the partitions privilege erects around itself in favour of close contact with the grass root, from whom all instructions and marching orders on governance come. As a result, the Congress Party, despite drawing to itself leaders of great erudition, has never been so presumptuous as to instruct India on what the public interest consists of, or wrest from individual citizens their freedom of choice to define and pursue their happiness. Feroze Gandhi's pro-poor politics and the great value he placed on politicians'  face to face interactions with their constituents has taken root in our party's political culture. It is this connect which reminds us that no mandate permits us to exercise power over our democratic masters. We are but facilitators of the people who choose to rule themselves through us.

Feroze Gandhi was an indefatigable freedom fighter who gave up his studies at 18 to answer the call of the Independence struggle. He was imprisoned three times, twice for his no rent campaign in the United Provinces under Pandit Nehru's leadership. It is in the forge of his fiery commitment to farmers and their welfare, despite not belonging to an agricultural background, that the pro-farmer proclivity and solidarity of the party was forged.

Feroze's commitment to truth and patriotism meant he had to force himself to grow into his courage and public audaciousness as an introvert. He was a journalist by profession as he wished to be in a career indentured to the imperative to speak truth to power and increase the ability of citizens to censure their government. His commitment saw him rise to the helm of  the the National Herald and the Navjivan Times. His eight years as a parliamentarian were distinguished by his ardent activism against corruption which compelled the government to nationalise companies controlling natural monopolies which bled the exchequer. To empower the media and MPs, Feroze Gandhi piloted the Parliamentary Proceedings (Protection of Publication) Act in 1956, which made it possible for citizens to be kept abreast of matters arising in the House. It is thanks to his insistence that transparency characterises every level of government and has percolated into one of Congress' greatest legislative achievements, the Right To Information.

A democrat through and through, Feroze Gandhi surrendered to the authority and sanctity of the Constitution and fought for a federal India which has allowed the biggest democracy to also be the most representative democracy in the world. It was as much Feroze Gandhi as Mahatma Gandhi who inspired Prime Minister Rajiv Gandhi to codify Panchayat Raj into the Constitution in 1992.

We, the Congress Party, pay heartfelt homage to Feroze Gandhi on his birth anniversary, not because of who he is, but what he made us stand for and the scaffolding he built. In the 48 years of his brief sojourn among us, he not only fought the British for freedom but also fought that our democracy may attain the full measure of freedom and that our party give equal priority to both progress and the democratic process. While PM Indira Gandhi is credited with giving India its strong Centre, Feroze Gandhi is remembered for protecting its federal structure.