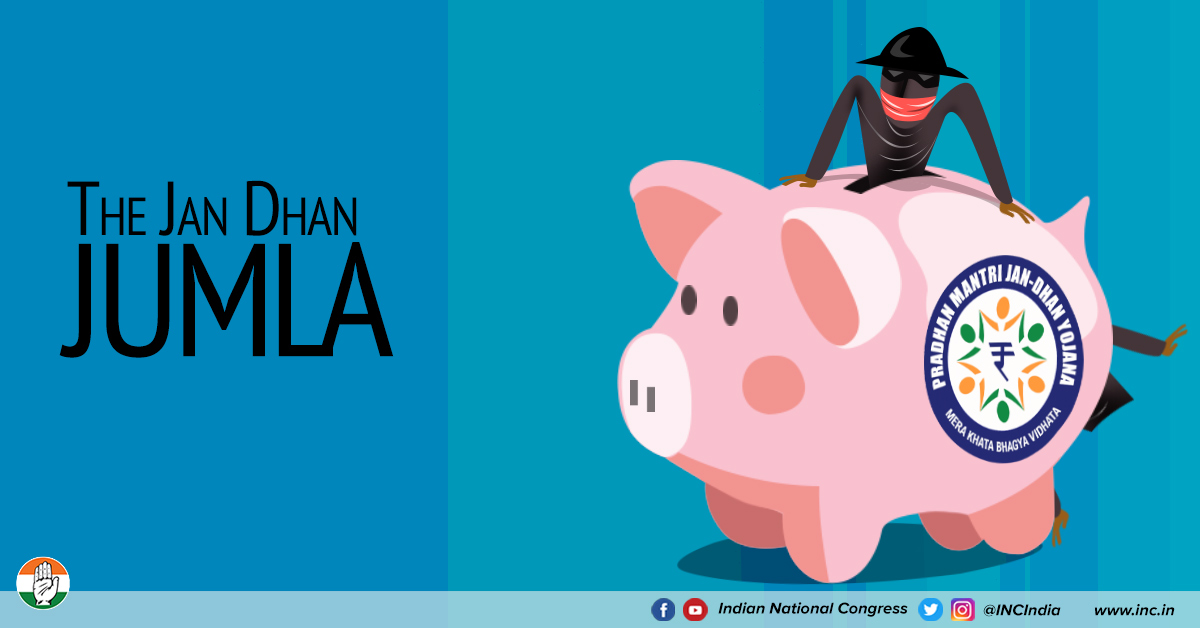 The Pradhan Mantri Jan Dhan Yojana, one of PM Modi’s flagship schemes - launched in August 2014 - was created to facilitate financial inclusion. It is primarily a social welfare scheme that offers government benefits such as a Basic Savings Bank Account, Rs. 5000 overdraft facility, insurance cover of Rs. 1 lakh and more.

The highly ambitious project promised to improve access to banking facilities such as ATMs, over draft facilities, short-term credit and insurance among others. With the data available today - which is limited since the Jan Dhan Yojana website stopped publishing data in 2016 - there is very little evidence to suggest that the programme has been successful in achieving most of its objectives. One of the major points of contention with this scheme was the number of zero balance accounts. Four years after the launch of the scheme, a fifth of all accounts still remain dormant but in order to make the scheme seem successful public sector banks have been reposting sums of Rs. 1 or Rs 10 into several accounts to reduce the percentage of zero balance accounts.

One of the primary objectives of the scheme was financial inclusion, the govt. claimed that since most households have at least one bank account, the assumption is that members of the family are sharing the account. However, the research reveals a different analysis, a study on the programme states only 2% of non-account owners use someone else's account - thus disproving the notion that the scheme will lead to financial inclusion.

In addition, the scheme also promised life insurance to individuals that opened their account between august 2014 to March 2015. In this period 14.71 crore bank accounts were opened, however, the govt. only disbursed 3,421 life insurance claims - this amounts to just 0.002% of total eligible beneficiaries.

Further discrepancies have emerged with the Jan Dhan Yojana scheme, an RTI has revealed that a single Jan Dhan bank account had a whopping Rs. 93.82 crore deposited. It’s important to remember that this scheme was put in place to help unbanked individuals and the types of accounts are below the category of regular, basic savings bank account. The RTI revealed that several nationalised banks have accounts with deposits of extremely large sums.

What’s intriguing is that the Jan Dhan scheme does not allow for such large deposits, it says, “Such accounts have limitations regarding the aggregate credits (not more than Rupees one lakh in a year), aggregate withdrawals (nor more than Rupees ten thousand in a month) and balance in the accounts (not more than Rupees fifty thousand at any point of time)”. Hence, the question arises, who is depositing such large sums of money in these accounts & why is there no speculating committee to oversee such deposits. It is also important to note that Jan Dhan accounts are made using an Aadhar cards and since Aadhar numbers are unverified, these accounts are unlikely to have been through the regular Know Your Customer checks & verifications.

Recently, the Central Information Commission has directed the Reserve Bank of India the amount deposited in Jan Dhan accounts of various banks in the form of demonetised currency. Post November 8, 2016, these accounts came into focus after people realised there was a meteoric rise in deposits - touching approximately Rs. 80,000 crore in April this year.

The entire Jan Dhan Jumla is another example of how the BJP govt. simply creates schemes to please people & garner votes as opposed to helping people. The truth is schemes like Jan Dhan Yojana are quick & easy measures for PM Modi’s corrupt friends to siphon their black money at the expense of the poor & marginalised. PM Modi & his govt. have never cared for the people of this country, their goal is power & money, everything else is secondary.